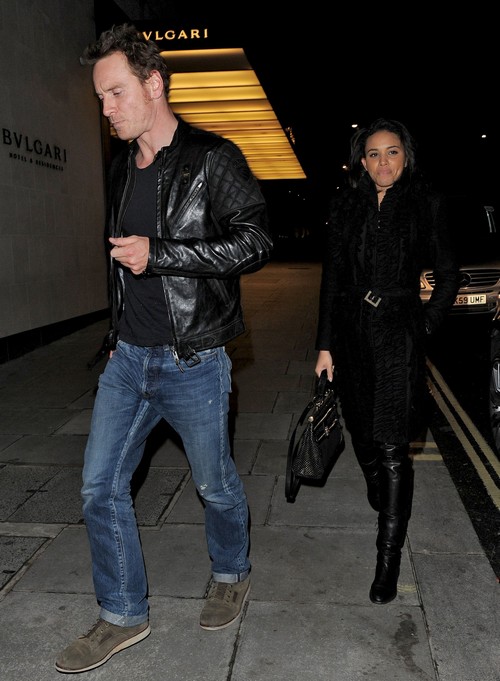 Is Sleepy Hollow‘s Nicole Beharie still obsessed with ex-boyfriend Michael Fassbender? The two met on the set of Steve McQueen‘s Shame, and immediately hit it off. They were confirmed to be dating a couple of months later and although the timeline is a bit sketchy, it seems like they dated for at least a year before Nicole confirmed their breakup on Twitter.

Michael’s always stated that he’s not looking for anything serious right now, and that might have been one of the reasons that led to their breakup. However, a new report from the National Enquirer claims that Nicole is not yet over Michael, despite the fact that she’s busy starring on one of the biggest network shows this fall, Sleepy Hollow.

A source explains that Nicole was ‘devastated‘ when Michael ‘dumped her’, but she’s getting a lot of support from her Sleepy Hollow co-star and leading man, Tom Mison. According to the source, Tom is apparently trying his best to make Nicole forget Michael and find a new guy.

The source adds, “[Nicole is] slowly but surely coming around… she’s thankful to have the series to keep her busy and good friends like Tom to keep her positive and grounded. Nicole is beautiful and will find the right guy soon enough.”

What do you guys think about Nicole having a hard time getting over Michael? It was always assumed that the breakup was mutual, but Michael did move on awfully fast so maybe it wasn’t? Let us know your thoughts in the comments.