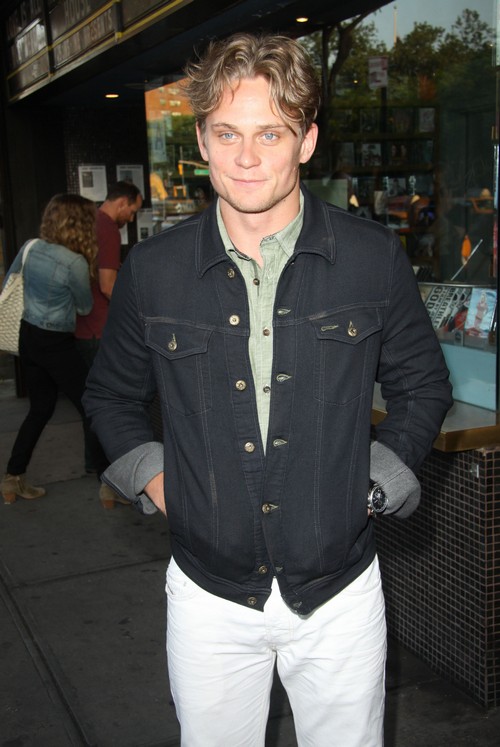 Universal is slowly narrowing down the search for Christian Grey after Charlie Hunnam surprised everyone by dropping out last week. The studio has several names on their casting wish list, including big names like Alexander Skarsgard [who they’re never going to get], but it’s been reported by the Hollywood Reporter that Jamie Dornan and Billy Magnussen have screen tested opposite leading lady Dakota Johnson for the part.

Dornan is best known for The Fall, whereas Magnussen was just nominated for a Tony. Clearly, they’ve got chops, even if nobody’s heard of them. That seems to be Universal’s game plan for the role – get actors that are critically acclaimed and on the cusp of a breakout, and give them a push. These actors won’t turn down the role, considering it could be their big break. I mean, even if Robert Pattinson hates Twilight now, he owes his entire career to the film – and these actors all understand the positive aspects of starring in a commercially successful [if shitty] film franchise.

The report does state that both Dornan and Magnussen were just two actors to be screen tested, which means that several more might also be going through the process. However, Dornan’s always been listed as one of the first choices for replacing Charlie Hunnam, so I would be surprised if he didn’t end up walking away with the role.

Besides, he’s definitely got the look down for Christian Grey, and he has the sort of screen presence that’s required if they’re going to make Christian Grey a compelling character.

What do you guys think about either Dornan or Magnussen landing the role? Do you have other choices? Let us know in the comments.