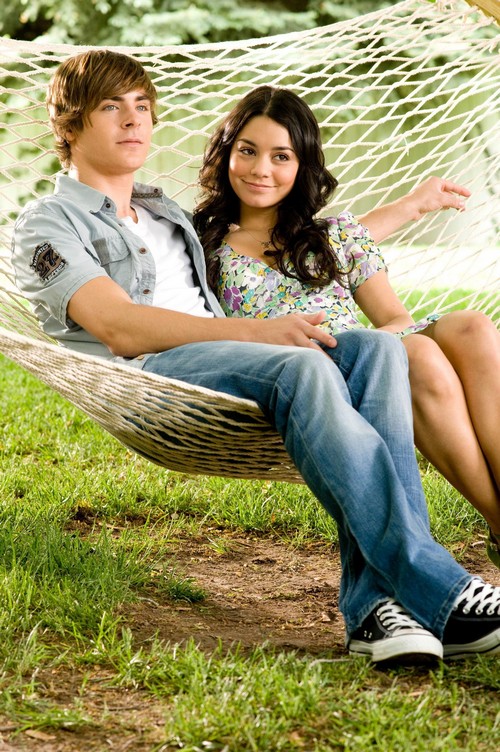 Could Zac Efron and Vanessa Hudgens be set to reunite at a possible High School Musical reunion? Although there’s been no official talk about a reunion, Monique Coleman [who played Vanessa’s best friend in the series] suggested the idea of a reunion on Twitter.

She tweeted, “How cool would it be if the cast of #HSM came together for a reunion? Like real HS. It’s almost been 5 years! Tell me it thoughts.”

The idea received a lot of enthusiastic response from fans on Twitter, and there’s been a huge well of interest that has boiled up for a possible reunion. While I’m sure the supporting actors and the tier 2 actors of the film series would be all for a reunion – considering that’s the only way they’ll stay relevant – I still can’t imagine the likes of Zac, Vanessa, and Corbin Bleu agreeing to a reunion.

Corbin is busy with Dancing with the Stars and his other artistic endeavors, and Zac and Vanessa are both busy with their semi-successful movie careers. Vanessa has already starred in several moderately successful movies, and her filmography is not lacking for jobs, whereas Zac is continuing to headline films in hopes of turning into a ‘movie star’.

Whether it happens or not, I doubt either one of them will want to remind audiences that they used to be part of High School Musical. They’ve tried very hard to disassociate themselves from the Disney image, and I don’t think they would be willing to undo years of hard work with an appearance at an HSM reunion.

What do you guys think? Do you think Zac and Vanessa should make an appearance at the HSM reunion, if it happens? Let us know your thoughts in the comments.