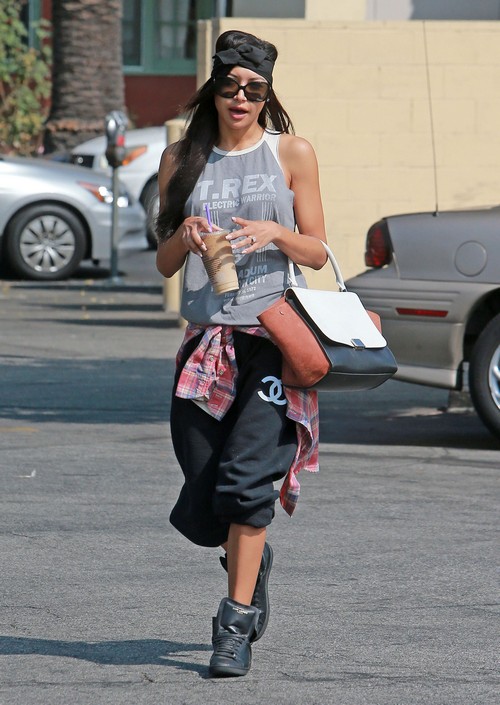 As regular cast member of Glee and Cory Monteith‘s co-star, Naya Rivera was one of the people who was hardest hit by Cory’s death. While at the Elle Woman in Hollywood event in Hollywood earlier this week, she spoke to Entertainment Weekly and explained that the cast was still ‘picking up the pieces‘ after Cory’s death.

She also explained that the tribute episode dredged up some painful memories for all of them, both in terms of shooting it and watching it. And since it’s been confirmed that the show won’t continue past Season 6, unless showrunner Ryan Murphy somehow changes his mind, Naya says, “I say all good things must come to an end, and we’ve had a really good run.”

She’s certainly taking it much better than some of the other cast members, who have reportedly been saying that they don’t think cancelling the show is the way to go. Of course, Murphy has publicly stated that the initial ending he had planned involved Cory’s character Finn, and it didn’t feel right continuing the show without him – and this way, he could end the show in Cory’s memory.

It’s an incredible gesture and will probably mean a lot of Cory’s family and friends, even if Fox and certain cast members aren’t too happy about it. After the show wraps, I’m sure Naya will be just fine – she already has two movies coming out over the next two years, and without Glee, she’ll have more time to concentrate on films and possibly book another television show.

What do you guys think of Naya’s comments? Let us know in the comments.