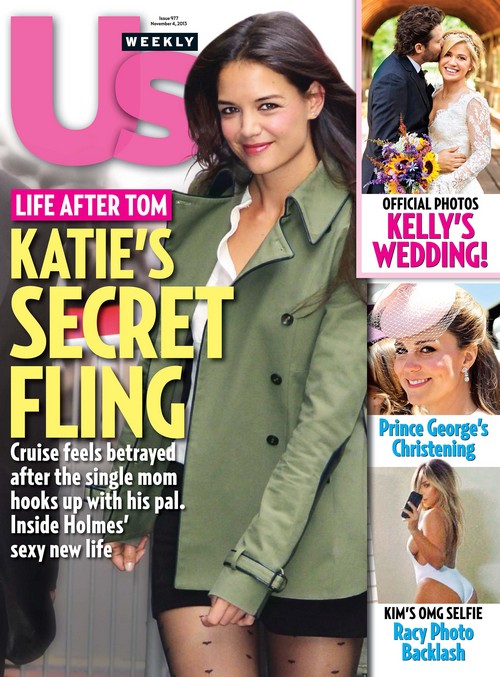 The latest cover of US Weekly focuses on Tom Cruise and Katie Holmes, and how Tom is not happy about Katie’s ‘sexy new life‘. According to the report, Tom feels ‘betrayed’ that Katie hooked up with his friend, presumably Jamie Foxx, and he’s probably also upset that her sexual dalliances are being covered so prominently in the media. If it was up to him, she would have remained a Scientology housewife forever, but unfortunately, the real world doesn’t quite work that way.

Katie had to work very hard to extricate herself from their marriage, and she’s finally having her fun. After she broke up with Cruise, she even spent a few years staying off the radar, probably out of fear of her ex-husband. But she’s finally realized that she has every right to move on, and is doing so – both with her career and her romantic life.

Besides, it’s not like Tom hasn’t been featured in various tabloids over his romantic flings, even if they were made up and probably never happened. I could possibly understand his ‘betrayal’ at Katie hooking up with Jamie, but first of all, he should then also be upset at Jamie for engaging with Katie. And secondly, I think he gave every right he has to be upset away when they got divorced.

What do you guys think about Tom being upset with Katie hooking up with one of his friends? Do you think he has a right to be upset, or what she does is her life? Let us know your thoughts in the comments.