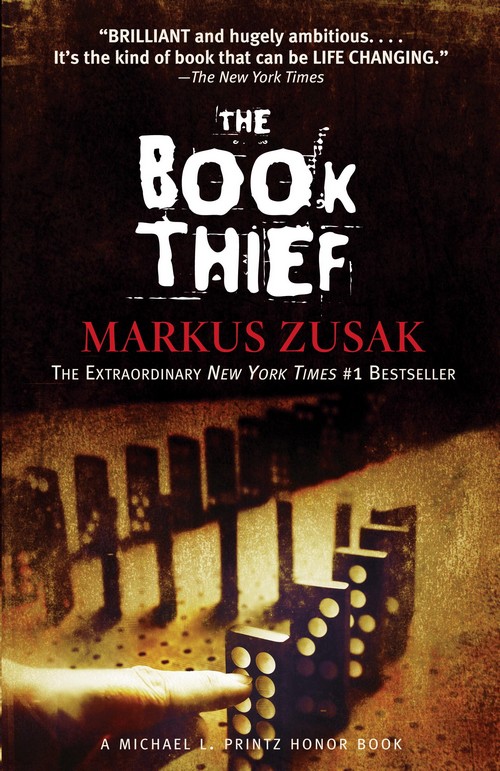 The first few moments of the new international trailer for The Book Thief are some of the most powerful I’ve ever seen in a trailer, period. For those who have read the book, you won’t need much convincing to see the movie. But for those who’ve either never read the book or heard of the story, the first glimpses into this heartbreaking story would do well to pique your interest.

The trailer clearly sets us in Nazi occupied Europe, as we can see the flags in the backdrop of the first scene. As the Nazis burn an enormous pile of books, a young girl slowly walks forward and picks up a book, hiding it in her coat pocket. This scene perfectly encapsulates the entire book in a nutshell, and it’s incredibly powerful to watch.

This trailer is also significantly better than the first trailer for the film, which ended up bordering on cheesy and melodramatic. This one does a much better job of showing the balance between hope and death, and obviously, this is not a happy-go-lucky feel -good film to begin with.

The promotional campaign for The Book Thief is also starting to gear up as many Oscar experts say the film could sneak into the Best Picture nominees with the right awareness. It has already screened to positive reviews, and this past week, Fox [which is distributing the film] took out a two page blank ad in the New York Times to raise awareness. It certainly did that, as almost every major outlet covered the mysterious blank pages in the NYT, which turned out to have a small link at the bottom to the film’s website. Basically, they’re running a campaign based on the idea of a world without words. The Book Thief touches upon that theme more than anything else, considering the Nazis worked so hard to burn every book they could get their hands on.

What did you guys think of the trailer? Will you be watching the movie? If nothing else, it features Geoffrey Rush and Emily Watson, who are always reliable in picking solid films. Let us know in the comments.