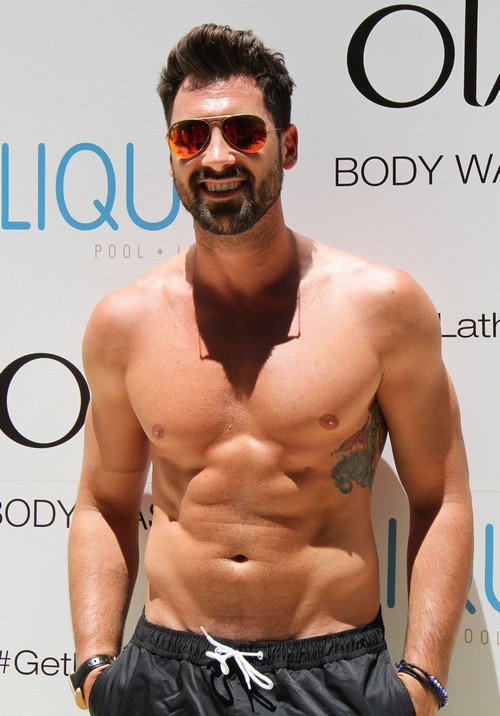 Dancing With the Stars regular Maksim Chmerkovskiy has confirmed that he’s dating Kate Upton, after months of rumors and speculation. Kate and Maksim were first spotted together over the summer, with several sources claiming that they were just casual. However, things obviously started to heat up since the duo became seemingly inseparable, and Kate has reportedly bought an apartment in NYC to be closer to Maksim.

Maksim confirms the romance to Extra, saying, “Things are going great… I think I got lucky. She’s an amazing girl. Everyone is happy, we are enjoying each other’s company.”

It was obvious that things were getting more serious between them when they were caught holding hands in public, which led to speculation that Maksim and Kate might actually be secretly engaged. Maksim doesn’t hint at anything of the sort, and while he confirms Kate’s move to NYC, he claims it has nothing to do with the fact that they’re dating.

He’s probably right on that front – most successful models eventually make the move to either London or New York City, and it seems like a logical decision for Kate now that she’s become a household name in fashion. However, there’s no denying that Kate and Maksim are getting more serious, if only because they’re reportedly been spending all their time together. I wouldn’t be too surprised if an engagement announcement or pregnancy announcement came within the next few months, especially now that Kate is moving to NYC and will probably be spending a lot more time with Maksim.

What do you guys think about Kate and Maksim dating? Let us know your thoughts in the comments.