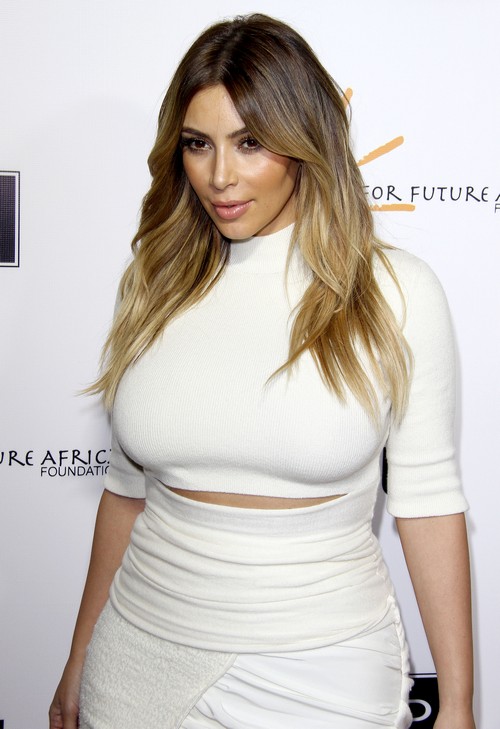 The third one must be the charm. Kim Kardashian officially debuted her 15-carat engagement ring last night at the Dream for Future Africa Foundation gala. The Lorraine Schwartz diamond is Kim’s third engagement ring but this one outshines the other two by far.

Kanye West expects nothing but the best and he spared no expense when it came to putting a ring on his baby mama’s finger. Yeezus didn’t just pick the first ring he saw. Lots of thought and creativity (or control) went into designing Kim’s newest collection item.

“Kanye was involved in every single way. He had a vision from the beginning. He looked at a lot of stones and he wanted only the best,” says a Lorraine Schwartz representative. “He and Lorraine emailed back and forth, and stayed up nights discussing how he wanted it to be. He wanted the diamond to look like it was floating on air,” the source added.

The cost of the rock has yet to be revealed. Some reports claim it’s worth between $1.5 – $3 million. One jeweler estimated $8 million. Kanye also made sure it was a conflict-free diamond. However, it is slightly smaller than the 16.21-carat engagement ring that Kris Humphries gave Kim in 2011.

We should all prepare for another “Kim’s Fairytale Wedding” E! special. It might even be an entire new show. But only if Kanye allows it. The whole situation seems unreal. How can someone with so much talent – some call genius – be linked forever to someone who seemingly lacks talent, yet craves for fame and attention? If it wasn’t for precious North West, would Kanye even still be with Kim? Just a few questions to ponder.

Anyways, love is powerful and maybe Kim has finally found her Prince Charming. What are your thoughts on the upcoming Kim and Kanye wedding? Join the conversation below.