Kristen Stewart Had Flings After Robert Pattinson Breakup, But Still Hung Up On Rob? 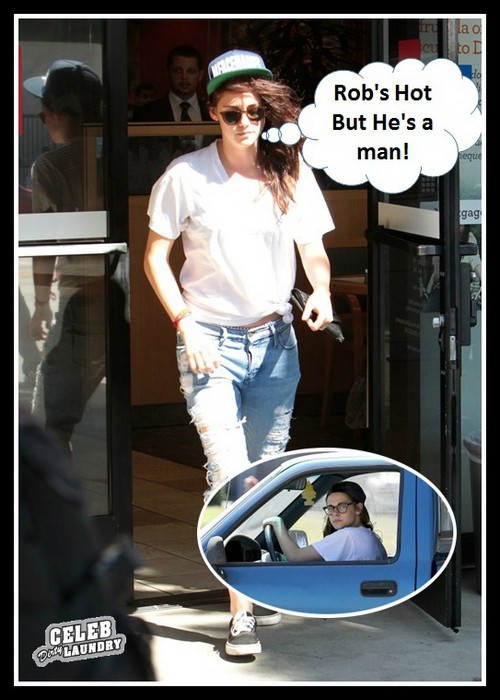 We’ve been hearing plenty of Robert Pattinson‘s love life after his split with Kristen Stewart, but what about her rebounds? After a few whispers here and there about her hooking up with her Camp X-Ray co-star Lane Garrison, the rumors died down. The attention and focus shifted to Rob, who was possibly hooking up with Riley Keough, making out with randoms in Toronto, and then dating Dylan Penn.

It was a whirlwind of a few months for Rob, who hasn’t been holding back on his post-Kristen love life. But according to a new report from Hollywood Life, Kristen has still not been able to get over Rob. A source explains, “Kristen’s had nights out with other guys, but her heart’s not really in it. She wants Rob. Kristen’s stopped begging, because she knows it looks desperate. But she’d run back to him at the drop of the hat; he only has to ask!”

What’s the saying? You want what you can’t have. Kristen had Rob, she took it for granted and cheated on him. She lost him, and now she wants him back. I guarantee – if they were to get back together, it would return to their old dynamic of Rob being crazily in love with her, and her treating him like crap.

However, Life & Style also recently had a report alluding to a possible reunion between Kristen and Rob, claiming that the former couple was secretly hooking up again. I doubt this for many reasons, least of all being that I doubt Kristen would be alright with just ‘hooking up’ with Rob, but not dating him. She wants more, he knows it, and I don’t think Rob would take advantage of her like that. Besides, he’s got his own fling/relationship/whatever going on with Dylan, Riley, his trainer, and we can only guess how many others.