Brad Pitt Refuses To Use Soap, His Stink Driving Away Angelina Jolie? 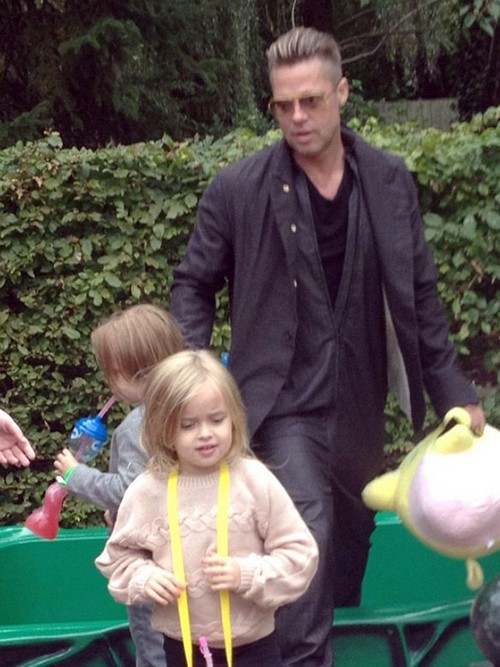 There have always been stories about celebrity body odor, and one celebrity who supposedly suffers from a bad case of BO is Brad Pitt. A new report from the Enquirer sheds light on the [probably made up] rumor, where they claim that Brad’s stink comes from his unwillingness to use soap.

A source tells the Enquirer that Brad has begun using ‘natural’ alternatives to soap, explaining, “Brad says he’s read up on the toxins of soap – especially the antibacterial ones – and feels that using them and antiperspirants is not only bad for the planet, but it also speeds up the aging process in humans. But Angelina was revolted, and their kids even started calling him ‘Stinky Daddy’. Angie agreed to humor him only as long as they weren’t on the same continent.”

Apparently, Angelina [Jolie] then gave him an ultimatum and told him that he better start using soap again by the time their wedding comes around, or he’ll be spending their honeymoon ‘on the couch’.

The Enquirer seems to specialize in casting Angelina as the evil wife who just won’t leave her nice husband alone, and they don’t fail in that regard. Instead of dealing with the issue that Brad is forcing his family to deal with his smell, they’re instead discussing how ‘wonderful’ Brad’s decision is, and how evil Angelina is forcing him against his will to clean himself up. So predictable.

Anyway, I doubt this has a lick of truth to it. If Brad Pitt really smelled this bad, I don’t think the multitudes of crew and cast members he has to work with on a regular basis would be willing to stay silent on the matter.