Jamie Foxx And Katie Holmes Got Together Because Of Scientology Jokes 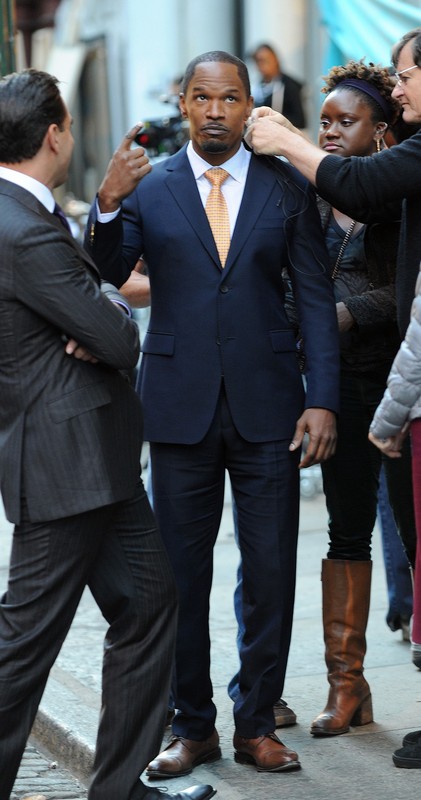 When it was reported that Jamie Foxx and Katie Holmes had gotten together and started hooking up, many people were shocked at the unlikely pairing. After all, what do Jamie and Katie have in common? Well, it runs out that they share a mutual appreciation of Scientology jokes.

According to a report in US Weekly, Jamie and Katie first bonded after Jamie made her ‘crack up about Scientology‘. Then, as they started to get to know each other a little more, they started hooking up and it became a casual fling. US’s source explains, “It had been a scary year, and then Jamie enters her life and puts a smile on her face. He showed concern about her when almost all of Tom [Cruise]’s other friends had cut her off.” For good measure, the source also adds that Katie prefers the ‘lighthearted and fun Jamie to the really intense Tom‘.

US also details Jamie’s game, and calls it ‘extraordinary’ and ‘smooth’, explaining, “His favorite thing to do is look you in the eyes and serenade you while dancing. He’s so good that before you know it, you’re in his bed and he’s calling you a cab home.”

And how did dear Tommy react to the news that one of his best friends, who he helped get cast in surprise hit Collateral, has started hooking up with his ex-wife? Not very well, apparently. US Weekly’s source claims that Tom feels ‘betrayed‘, and he doesn’t care about the fact that Jamie and Katie are just hooking up, not dating. To Tommy, sex is sex, probably because he has it so rarely.

What do you guys think about the reasons behind Jamie and Katie bonding? For what it’s worth, I think Katie’s still in a very vulnerable place right now, and she’s probably still looking for any rebound relationships that will help her take her mind off the horrible years she had to endure with Tommy.