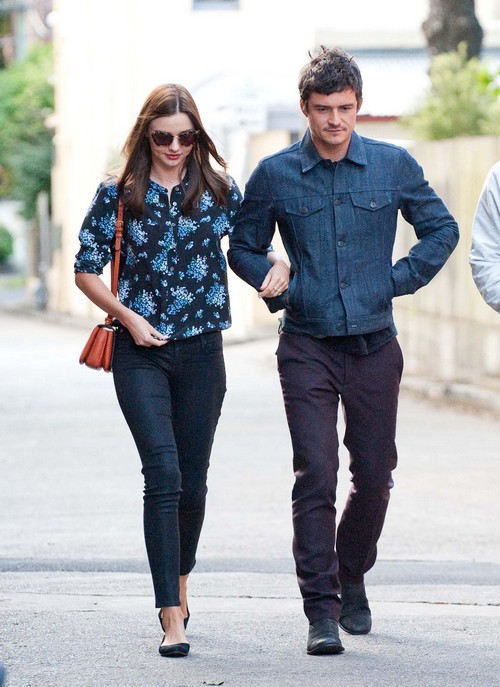 Reports confirmed that Orlando Bloom and Miranda Kerr, to the surprise of absolutely no one, have broken up after three years of marriage and one child together.

Their reps released a joint statement saying, “In a joint statement, Orlando Bloom and Miranda Kerr have announced that they have been amicably separated for the past few months. After six years together, they have recently decided to formalize their separation. Despite this being the end of their marriage, they love, support and respect each other as both parents of their son and as family.”

I don’t know who I feel worse for, Orlando or Miranda. Poor Orly was so in love with Miranda, and most of the rumors surrounding their breakup center around the fact that she was the one who cheated on him. There were rumors that when Miranda was in New York last year without Orlando, she was pretty much acting like a single woman.

Of course, when Miranda first got together with Orlando, she thought she was getting an A-list actor. Instead, she wasted a few years of her life on a dude that she thought was probably going to be relevant forever, but quickly faded into obscurity. Unfortunately, this sort of thing does tend to affect celebrity relationships, and more than one famous breakup has been caused by one half of the couple slipping down the celebrity alphabet.

Yeah, on second thought, I feel worse for Orlando. It feels like he put in more genuine effort into the relationship, and the fact that the infidelity rumors all stem from her side are quite telling.

What do you guys think about Orlando’s and Miranda’s breakup? Let us know your thoughts in the comments.