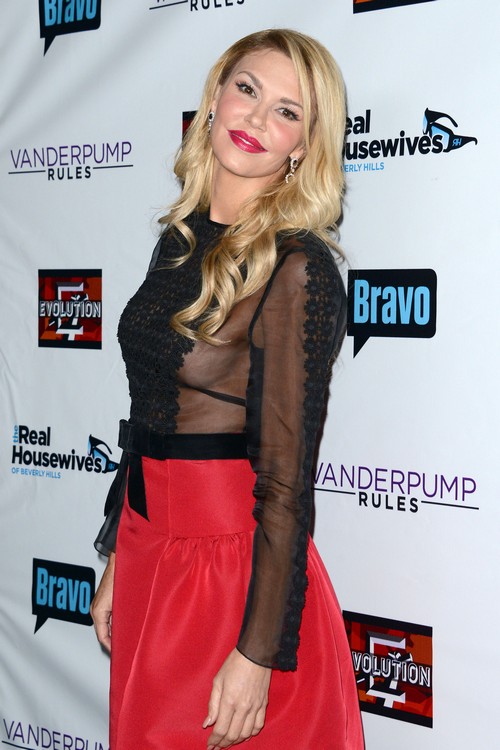 After years of feuding with her arch-nemesis LeAnn Rimes, is Brandi Glanville finally trying to save face? No doubt, this feud has cost them both a lot of embarrassment, but it’s also interesting to note that even just two weeks ago, they were still at it. So what happened?

Well, it might finally be Brandi stepping up and taking responsibility for the fact that while she may hate LeAnn for stealing her husband, LeAnn’s still the stepmother to her children. She certainly stepped up when a fan tweeted that she hated LeAnn and asked Brandi to follow her, to which she replied, “I don’t hate anyone! Kids love her so we have to play nice 🙂 get a profile pic and I will follow.”

This is quite surprising, no? It’s not like Brandi’s never dissed LeAnn’s skills as a stepmother, even saying at one point that LeAnn needs to, “understand better what a proper boundary is for a stepmother.” It’s clear that she was feeling jealous and probably more than a little insecure at that time, but it really seems like life’s picked up for her since then.

Will LeAnn reciprocate Brandi’s actions? She and Eddie Cibrian are currently prepping for their reality show and they’ve already revealed that they’re going to use it as an opportunity to clear up the rumors about them in the tabloids, and there’s no doubt that they will be addressing Brandi. Whether it’s in a positive manner or negative manner, we’ll just have to wait and find out.

What do you guys think about Brandi’s attempt to calm down the feud? Do you think it will be successful? Let us know your thoughts in the comments.