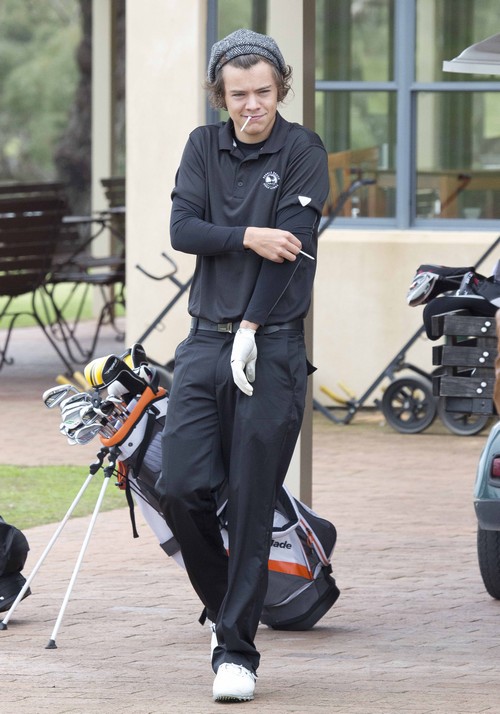 You know, I always thought it would be an actor who would take over Leonardo DiCaprio‘s manwhore title around Hollywood, but I think One Direction’s Harry Styles got the mantle. Even at such a young age, the rate at which he seems to go through women is a little astonishing, despite the fact that he’s not limiting his choices to only Victoria’s Secret models.

While Harry’s currently in Australia, a young woman by the name of Sjana Earp has been uploading tweets about going out with Harry. She first uploaded a picture of herself with Harry in the drive-thru at McDonalds with the caption, “Harry knows how to make friends; he buys them Maccas. Thanks maaaate.” She then later wrote on her blog, “So yes, I spent some time with Harry throughout the weekend. He is quite literally one of THE nicest and most beautiful humans I have met. And it’s genuine, which is such an incredible thing to posess these days! He has a little more charisma and humour than i thought but it made him even more of a pleasure to be in the presence of.”

Apparently, Harry sought her out before he even went to Australia, which is a little strange – Harry looks for his girlfriends on the Internet? It’s definitely a little odd, and I think only reinforces the fact that he’s not discriminating when it comes to the women he hooks up with. On second thought, maybe he’s not taking Leo’s mantle.

What do you guys think of Harry’s latest girlfriend? Let us know your thoughts in the comments.