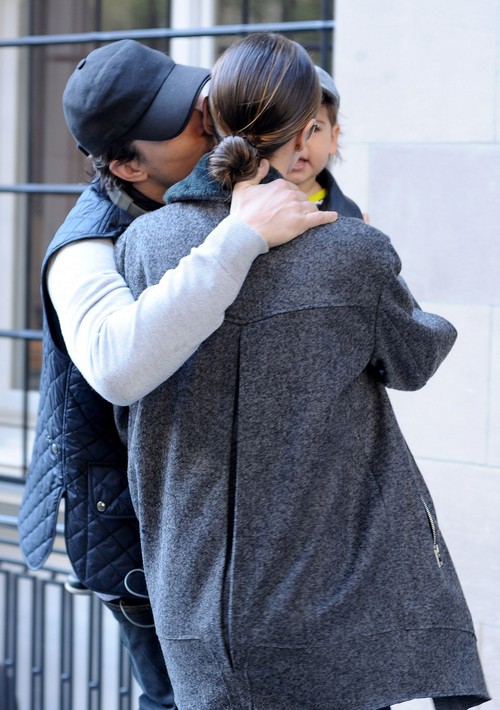 When Orlando Bloom and Miranda Kerr first announced their divorce, there were allegations that Miranda’s infidelity had led to the breakup. A report from the Daily Mail suggested that none other than Justin Bieber had come between Miranda and Orlando, and some reports are even going so far as to blame Justin for the breakup completely.

A source supposedly close to Miranda and Orlando told the Daily Mail, “Orlando heard that there had been some ­flirting ­going on and he wasn’t exactly thrilled about it. Miranda had always claimed that she was a fan of Justin’s music. She has taught her son how to say ‘Bieber fever’ but it is supposed to have caused an issue.”

Ok, in what ridiculous alternate universe would someone like Miranda Kerr give the time of day to Justin Bieber? I mean, Orlando Bloom definitely has his problems, but even purely on an aesthetic level he’s leaps and bounds ahead of Justin. Besides, Miranda would never date someone so twee.

All the rumors seem to have begun when Justin was spotted backstage at a Victoria’s Secret show, and he was photographed posing with Miranda and several other models. According to the reports circulating back then, Justin tried to hit on several of the models, but was gently rebuffed. Somehow, that’s turned to Justin and Miranda ‘cuddling’, when in reality, they were probably treating him like their annoying younger brother.

What do you guys think about Justin being blamed for breaking Miranda and Orlando up? Do you think it’s as ridiculous as it sounds? Let us know your thoughts in the comments.