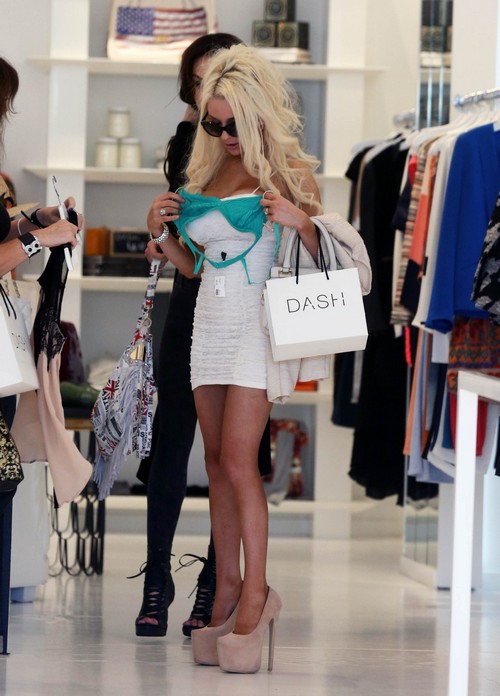 Doug Hutchison and Courtney Stodden have broken up, and Doug has reportedly moved out of the house that he shared with Courtney. Radar Online’s sources claim that Doug is ‘heartbroken, angry, and devastated’ that he has had to pack his bags and leave his beloved house and wife.

A source explains, “I’m not sure they’ll be able to recover from this. Doug’s world has been turned upside down, but for Courtney, it’s far from that. She is embracing singledom. It’s clear she has finally emerged to be able to call all the shots. She is branching out and doing her own thing and Doug is getting left behind.“

It’s about time, isn’t it? It’s been far too long that Courtney’s been under Doug’s thrall, and now that she’s finally freeing herself from the shackles of their creepy marriage, of course he’s getting ‘angry’. He’s an idiot if he thought that the woman he coerced into marrying him as a teenager would stay with him forever. It’s always been obvious that their dynamic was seriously screwed up, and Courtney’s interviews over the past year have hinted towards that.

It seems as though she’s finally growing up, and realizing that staying with Doug for the rest of her life is not something she wants to do. I mean, look at the guy! He’s seriously the picture-perfect epitome of creepy old guy trying to hit on young girls. It’s unbelievable to me that Courtney’s parents let her stay in that relationship for as long as they did, and I hope that in addition to getting rid of Doug, she also cuts her parents out of her life.