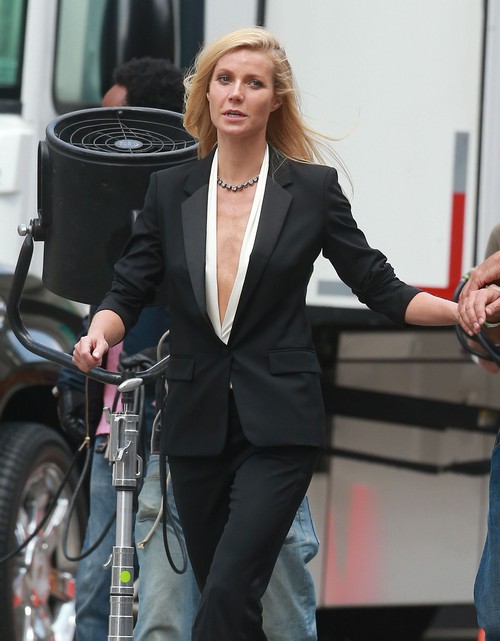 According to several new reports, Gwyneth Paltrow is trying to convince all her A-list friends to stay away from Vanity Fair. Gwyneth’s war with VF is starting to reach it’s peak, and it’s clear that neither side is backing down. Gwyneth’s not giving into the pressure, and she’s started trying to tear down the magazine’s reputation in Hollywood’s A-list circles. However, Vanity Fair is also not backing down, and they’ve pretty much admitted that Gwyneth’s behavior has hastened their desire to write their tkae-down piece faster… and harder!

A source told Radar that Vanity Fair is looking to release the article very soon, explaining, “It’s still going to run and it could possibly break online in the next two-three weeks. Too many resources have been plowed into it and too many bridges have been burned for it to be killed.”

However, Gwyneth is reportedly trying her best to damage Vanity Fair’s reputation in the meantime, with the source adding, “She wants the magazine’s reputation destroyed before they can even publish anything on her.” The report also states that while Gwyneth has convinced good friend and fellow A-lister George Clooney to turn down appearing on VF’s annual Hollywood issue cover, she has not managed to convince Julia Roberts to do the same. Julia is reportedly close friends with Vanity Fair’s editor, Graydon Carter, and so is, “ignoring Gwyneth, and is happily still committed to appear on the cover of that issue.”

What do you guys think of the latest update on the Gwyneth versus Vanity Fair battle? It’s so far Vanity Fair: 2, Gwyneth Paltrow: 0. Sure, if she really convinced George Clooney to back out of the Hollywood issue, she’s won a minor point. But there’s no way she’s going to manage to ruin VF’s reputation within the next few weeks, or even the next few months. Gwyneth is popular in Hollywood, but not THAT popular.