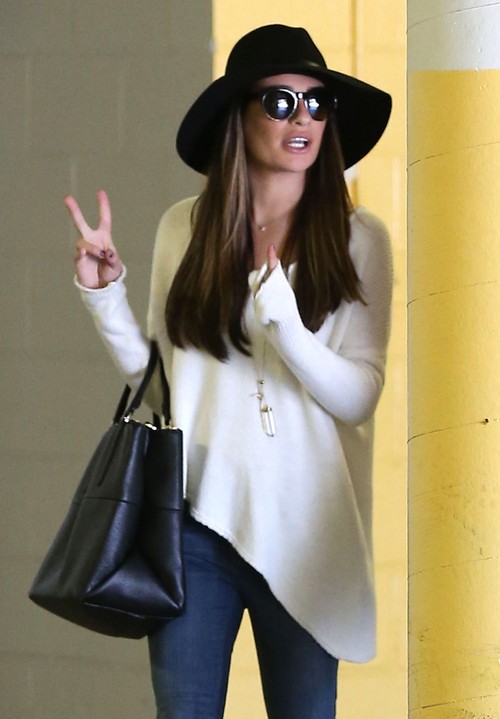 Radar Online reports that Glee creator Ryan Murphy is working on a spin-off show for series star Lea Michele. A source close to the show told Radar that there will be an official announcement ‘soon’, but that Murphy is currently etching out the final details of the show and working on pitching it to the network.

The source explains in detail, “They’re making the deals now and it also presents a viable exit plan for the main Glee series itself — in that some of its core cast would also migrate to the Lea Michele project as Glee is showing signs of aging.”

I was all set to believe this report until this ‘source’ stated that Glee is ‘aging’. Um, that’s not why the show was cancelled, and that’s not even close to why most of the cast will refuse to come back. Ryan Murphy clearly stated that he had intended for the show to go on for a couple more seasons, especially since he had a very clear endgame in his mind, dealing with Lea Michele’s and Cory Monteith‘s characters. Unfortunately, with Cory’s untimely death, it didn’t seem right for him to continue and so he decided to wrap up the show after this season, honoring Cory and his memory.

In this scenario, it does seem slightly odd that Ryan is now working on a spin-off, especially since he has stated that he is dusting his hands off after this season. However, he could genuinely want to work with Michele and a few of the other cast members again, and starting fresh might be an alternative to shutting down the show forever.

What do you guys think? Do you think Lea Michele will really get her own Glee spin-off? And would some of the other cast members follow? Let us know your thoughts in the comments.