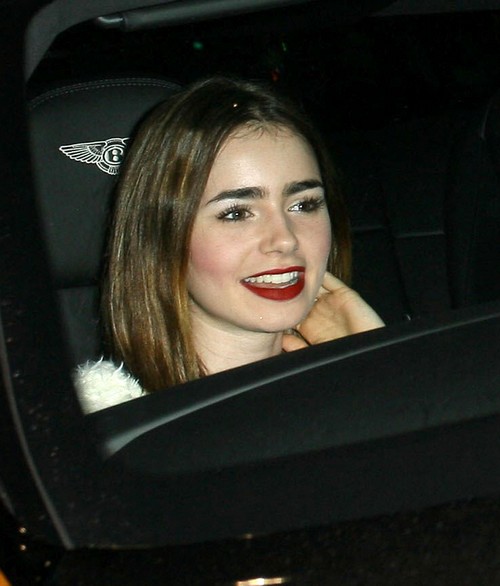 It’s getting closer and closer to the release of The Hunger Games: Catching Fire, but that’s not stopping Josh Hutcherson from having some fun in his downtime.

Hutcherson is one of the leading trio of the films, and so he’s gotten plenty of attention from the ladies. However, sources tell Page Six that Josh only had eyes for one young lady at the Spare Room in Los Angeles on Monday evening. The source explains that Josh was eyeing actress Lily Collins all evening, explaining, “Josh couldn’t take his eyes off of her. She couldn’t have cared less until he made a move and invited Lily to join him bowling.”

Apparently, she was not interested at first but warmed up to him over the course of the evening. But isn’t that always the case? For some reason, the tales of his romances always start with him pursuing someone who’s not interested, but he wins them over with his charm and personality. It certainly seemed that way with Vanessa Hudgens, who was supposedly dating someone else when Josh first started pursuing her. However, they soon started dating as they did promotion for Journey 2: The Mysterious Island. Even if their relationship only lasted for a few short months, his love life has seemed to follow a pattern.

He was rumored to be dating his Paradise Lost co-star Claudia Traisac just a few short months ago, but has that relationship also seen its end? Josh doesn’t strike me as the type of guy to cheat, so it’s likely that he and Claudia have broken up, especially since they haven’t been seen together in a while.

So as a rebound, what do you guys think of Lily and Josh together? Or do you think he should date someone else? Let us know your thoughts in the comments.