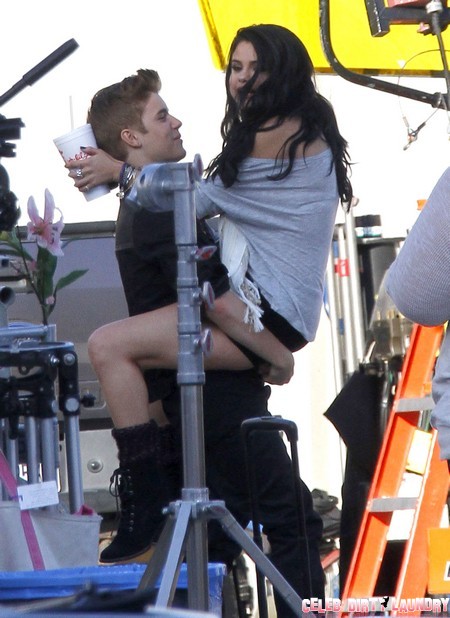 With all the constant updates on Justin Bieber‘s shenanigans abroad, it’s pretty much impossible for his ex-girlfriend Selena Gomez to avoid news on him completely. Whether she wants to or not, I’m assuming that she’s pretty much directly exposed to everything Justin has been up to via the media. So what are her feelings on it?

According to the latest report from Hollywood Life, she’s not happy. Well, duh. Of course, since it’s Hollywood Life, they’re pretty much required to cater to the Bieber fangirls, and so a ‘source’ adds, “She misses Justin. He’s not the same person she fell in love with and she feels sad for him because his ego is getting the best of him.”This source also adds, “Selena does not want to be associated with Justin anymore because he draws too much negative attention to himself.”

Again, these are all observations that were pretty obvious, and could have been deduced through her interviews. She hasn’t stated anything definitive about Justin in recent interviews, but she has been pretty vocal about looking for a serious relationship and not being interested in one night stands. And with Justin’s latest endeavors with prostitutes and strippers, I highly doubt that he’s at all interested in normal relationships anymore. Maybe it was the breakup with Selena that caused him to go down that downward spiral, maybe it wasn’t – but if one thing’s for sure, it’s that Selena and Justin aren’t getting back together any time soon. Selena would never risk her pristine public image by getting together with Justin in the midst of all the controversies surrounding him.

What do you guys think of this report? Do you think Selena is being careful to avoid any association with Justin? Let us know your thoughts in the comments.