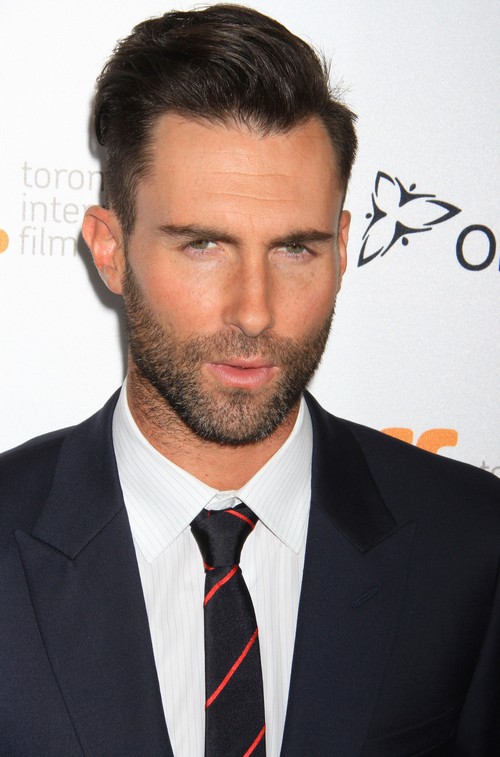 People Magazine has picked Adam Levine to be named People Magazine’s Sexiest Man Alive for 2013, in next week’s annual SMA issue.  This according to Gossip Cop.

As most of us know, Channing Tatum managed to snag the title last year, after a phenomenal year at the box office with three $100 million movies. Of course, there’s also the fact that Channing is willing to play and appease the media, unlike celebrities like Ryan Gosling and Leonardo DiCaprio, both of whom have turned down the SMA honor many times in the past.It doesn’t look like Adam Levine has turned it down either, if this report is to be believed. Of course, this year wasn’t really a great year for any male ‘movie star’. None of the bigwigs had a fantastic box office year, apart from maybe Brad Pitt or George Clooney. However, Brad and George have been the Sexiest Man Alive so many times that it would just be silly giving them the honor again.

Honestly, it’s not very clear why they went for Adam. Yes, he’s had a successful year, but he has a successful year EVERY year. The Voice’s ratings have been consistently strong, and Adam’s fame has always stayed at the same level. I could maybe understand if Maroon 5 has been very visible and won a ton of awards, but apart from a few singles and album tour earlier in the year, nothing much happened on that front.

Of course, without a movie star to crown an SMA, People will naturally turn to musicians. For reasons that remain unfathomable to me, Adam Levine is considered very ‘hot’ by most people who know who he is [even if his behavior sometimes borders on scumbag level], and I’m sure he agreed to provide People with an extensively unguarded interview in exchange for the honor.