Kanye West Desperately Wants To Have Another Son 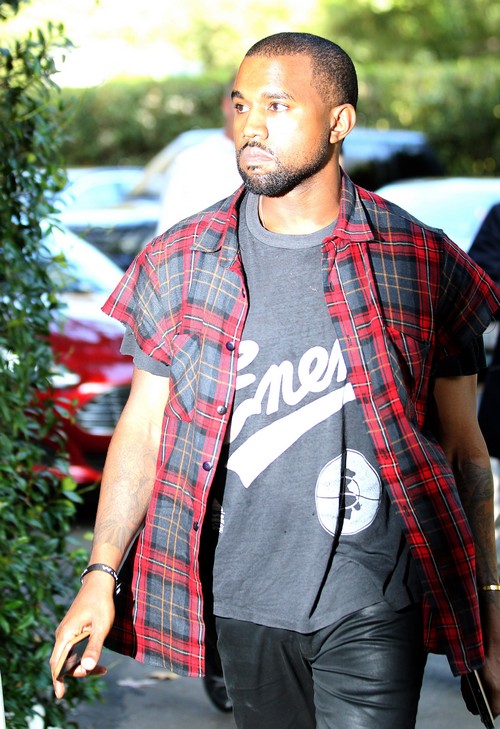 According to a new report from Hollywood Life, Kanye West is desperate to have another baby, this time a son. The report goes into detail about how both Kanye and fiance Kim Kardashian are looking to expand their brood. The problem is that Kanye wants to have another kid now, whereas Kim just spent months and months losing her baby weight and is no way going to go through that again – at least, not right now.

I know, I know. Kim does everything Kanye asks her to do. Sure, she’s terrified of losing him and then once again having to famewhore her way into another high-profile relationship, and eventually I have no doubt she’ll get pregnant again. But I think even Kim’s love of attention won’t prevent her from saying no to another pregnancy. Another pregnancy will mean gaining weight and getting bloated, and she did go through quite a rough time with the media. They called her everything from ‘whale’ to ‘elephant’, and continued to make fun of her outfits. Sure, she brought a lot of that down on herself because of her ridiculous fashion sense and constant famewhoring, but I don’t think she would be willing to put herself back in that position.

Of course, Kanye doesn’t understand any of this. In fact, I’d be willing to bet that he’s barely spent time with North West to have really even properly parented her. And the reason he wants a son so badly is because he wants to raise himself a little Kanye mini-me.

What do you guys think of this report? Do you think Kim will get pregnant again, on Kanye’s request? Let us know your thoughts in the comments.