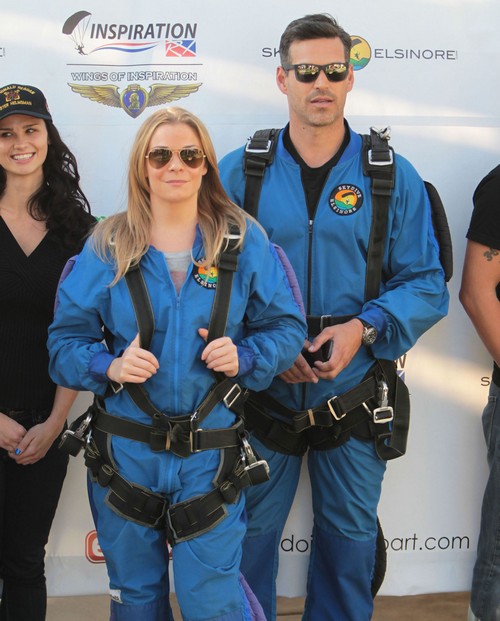 According to a hilarious new report from The National Enquirer, LeAnn Rimes has been gaining weight after gorging on comfort food. Apparently, LeAnn’s packed on close to 38 pounds after stuffing herself with junk food, supposedly to deal with the emotional stress from her failing marriage to Eddie Cibrian. Aside from the fact that 38 pounds is super specific for a tabloid report, LeAnn and Eddie always seem to be suffering from relationship issues.

A source tells the Enquirer, “Poor LeAnn is so distraught over fears that Eddie is going to cheat on her that she’s drowning her emotions with junk food. She’s gobbling up everything in sight.” Apparently, her weight gain is one of the reasons that LeAnn didn’t attend the Country Music Awards last week, with the source adding, “She feels physically unattractive and didn’t want to try to squeeze into a formal gown.”

Eh. I think LeAnn might have gained a few pounds here and there, but she did come out in public on November 5th, just one day before the CMA Awards. Sure, she was wearing a jacket and boots and it wasn’t as easy to deduce the weight gain,  but I don’t think she would have avoided such a big opportunity to famewhore, regardless of her weight gain or weight loss.

Then again, who knows what goes on in this woman’s head? I can never understand her actions half the time, and she constantly seems to be in a passive aggressive fight with several different people at the same time. The more likely explanation is that she was feuding with someone, and didn’t want to run into them at the red carpet. Or maybe she really is having issues with hubby Eddie Cibrian, and maybe she really has been gorging herself out on fatty food.