Matthew McConaughey Opens Up About His Romantic Comedies, Refuses To Trash Talk Them 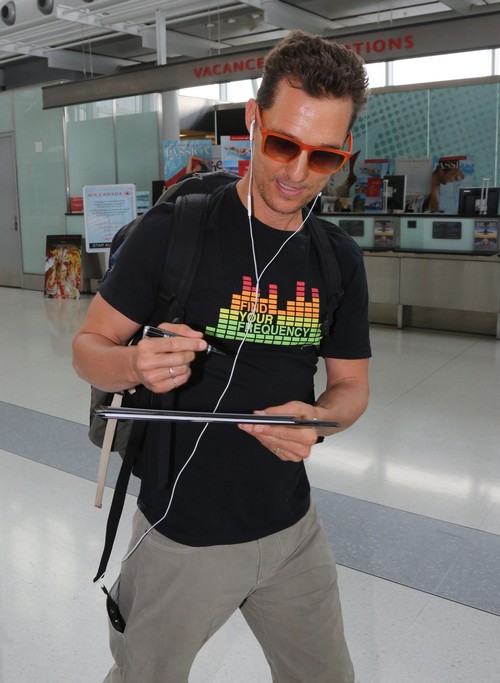 For the longest time, Matthew McConaughey were pretty much only known for his romantic comedies. He did an endless stream of them during the 2000’s, from Ghost of Girlfriends Past to How To Lose A Guy In 10 Days. However, his serious actor credibility seemed to go down the drain with all those roles, until it came rushing back in 2012 and 2013. Next year alone, he’ll have the Oscar buzz from Dallas Buyer’s Club, several other independent releases, then Chris Nolan‘s Interstellar in the fall of 2014.

However, one thing that’s endeared Matthew to the increasingly cynical journalism base is that he refuses to trash his own films, even if they sucked. Too many actors are too quick to hate on the films that gave them their first breaks, but not Matthew. It’s not like he needed the money, but he claims he did them for enjoyment.In an interview with GQ, he explains, “I was enjoying myself. My relationship with acting was fine. But like in any relationship, you need to shake things up. It didn’t mean what we’d been doing was less than. I just wanted a charge. Like, ‘Let’s throw a spark into this.’”

Good for him. This is how you don’t burn bridges in Hollywood, and it’s probably one of the reasons he was able to segue so easily into mainstream films after staying off the radar for so long. And of course, the Oscar buzz and Interstellar are about to put him back on the leading man A-list for the foreseeable future, and introduce the audience to the old Matthew McConaughey. You know, the one who actually made good movies.