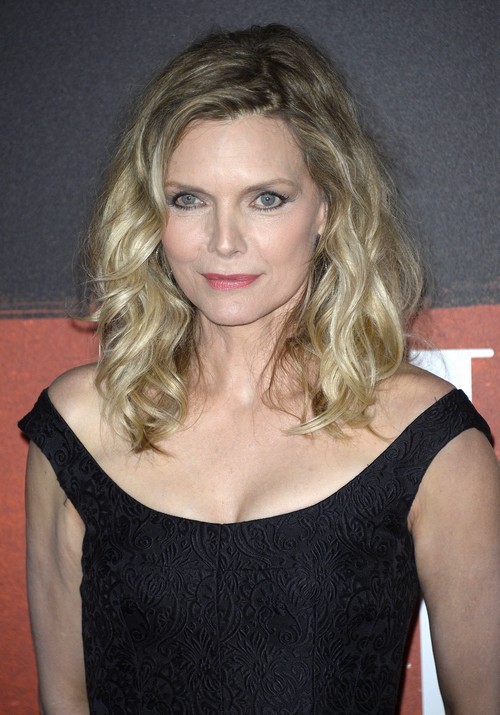 According to a new report from the National Enquirer, Michelle Pfeiffer is worried about the dearth of acting roles for her in Hollywood. Because she took time off to have children and raise a family, the report claims that she’s lost out on a lot of roles in her lifetime and is finding it difficult to bounce back to her previous A-list status.

A source tells the Enquirer, “Michelle assumed she could take years off to raise kids and then the offers would start flowing in again. Sadly, she learned a hard lesson – Hollywood has a short attention span. [She] now realizes she made several life-changing career mistakes. She’s struggling to find quality roles. Michelle is particularly jealous of Annette Bening’s career. In 2010, Michelle wanted the lead in ‘The Kids Are All Right,’ but Annette snagged that too. Michelle worries she’s jinxed her once red-hot career, but she has something that many in Hollywood can’t boast of – a happy, enduring marriage.”This is the age old debate that women in the professional environment have to face – family or career? It’s especially brutal in Hollywood, considering the amount of people vying for a single job and the single-minded competitiveness that ranges among the industry. Most often than not, actresses and to a lesser degree, actors, have to make a decision on whether they’re going to prioritize their family or their career. Few manage to do both [examples being Meryl Streep and Cate Blanchett], but most often fall by the wayside. Unfortunately for Michelle, roles for women over 40 are already slim pickings in Hollywood, and it’s even more difficult when she’s competing with the likes of Blanchett and Bening, both of whom have been working steadily for the past few years. But then again, Michelle does have a happy marriage and a happy family life – so she’s a winner in the larger scheme of life.