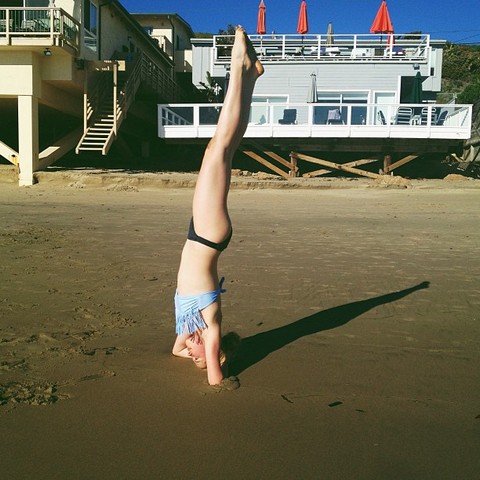 Alec Baldwin is at the center of another media controversy, this time over his use of the n-word while yelling at paparazzi. The video quickly went viral, and after Alec was lambasted by the media, his late night talk show was cancelled for two weeks. You’d think he’s learned his lesson, but in all honesty, it wouldn’t be that surprising if he had another meltdown soon.

However, he does have one defender: his own daughter, Ireland Baldwin. She took to Twitter to defend her father against allegations that he was racist and homophobic, and she stated, “Sometimes we let our tempers get the best of us. Something or someone can easily fuel the fire. It takes a lot of strength for someone to release their anger. We all say things we don’t mean. We all say things we can’t take back. For someone who has battled with anger management issues, my dad has grown tremendously. My dad is far from a homophobe or a racist. Paparazzi have jobs to do, but some of them jeopardize people’s lives and cross a line. My dad has an INFANT CHILD to protect. Let my dad be and let him have his room to learn and enjoy his family.”

This is just a small sampling of the numerous tweets she put forth in support of her dad, and while it’s not hard to agree with her on account of the paparazzi, I don’t think she understands the severity of the words that her dad used. This isn’t the first time this has happened, and the paparazzi invading your personal space [regardless of anger management issues] is no reason for you to be saying racist and homophobic things to them.

What do you guys think about Ireland’s comments? Let us know your thoughts in the comments.