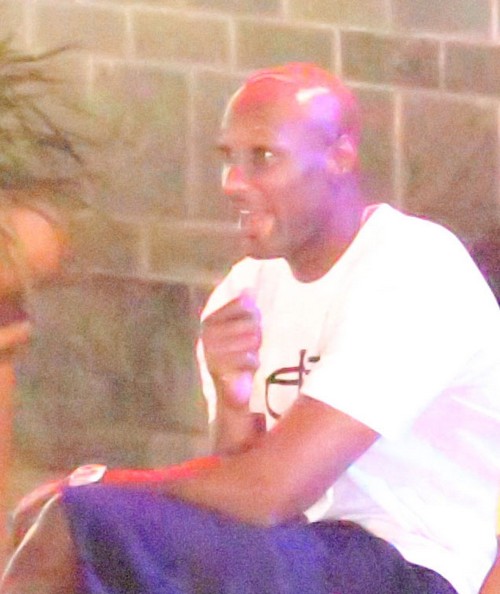 Is Lamar Odom really sober? Although the status of his marriage to Khloe Kardashian remains uncertain, his future in basketball seems like it could pick up again. It was initially reported that Lamar had been kicked off the Clippers [i.e. put on temporary hiatus] while he worked through his drug and alcohol addictions. However, CDL  reports that Lamar met with the Clippers’ coach and management to discuss his return to the team, and they apparently also have an open spot on their roster for next season.Lamar was accosted by the paparazzi the other day, and when asked about the rumors, he said that it was true that he was close to re-signing with the Clippers. What does this mean for his future? Well, it means that either the management has a lot of confidence in him, or he really has proven that he can stay sober if needs to.

I can imagine that if he does maintain his professional career and proves that Clippers are willing to trust him, then he thinks he has a shot at getting Khloe to accept him. Even though she wanted him to return to rehab, it looks like he’s trying to maintain his sobriety without the additional help. Whether he succeeds is up int he air, but if he does, then a reconciliation between Lamar and Khloe is not out of the picture.

What do you guys think? Should the Clippers re-sign with the Lamar, considering his history of drug and alcohol abuse? Or should they trust that he’ll stay sober? Let us know your thoughts in the comments.