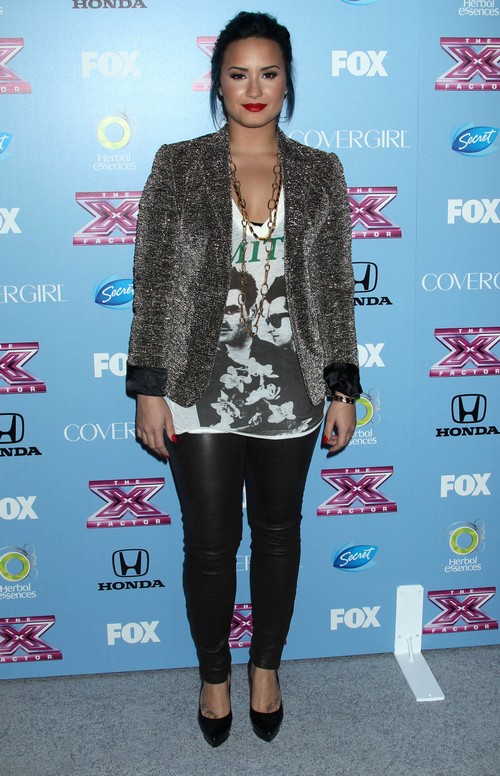 This might be the pot calling the kettle black, but Demi Lovato is defending Miley Cyrus. It’s not hard to see why – both are Disney stars who have succumbed to the pressures of fame and money, albeit in different ways.

Demi dealt with it by developing various addictions, especially in the aftermath of having to battle her mental illness in the public eye. Miley, on the other hand, has dealt with it by rebelling and shying away from her pristine Hannah Montana image. She’s certainly succeeded in that regard, but nobody seems to have told her that she didn’t need to go that far to make people forget that she used to play a Disney character.

Alas, Demi doesn’t necessarily agree, and she claims that people need to ‘forget’ that Miley was ever Hannah Montana, and cut her some slack. Uh, I don’t think that’s why people are criticizing her, but ok.

In an interview with Katie Couric, Demi stated, “I think that the world kind of needs to get over the fact that she was Hannah Montana when she was 16 or whatever. Same thing with me — I guess my transition was a little easier because I went straight to rehab. I didn’t twerk, I just went to rehab. We’re adults now… But I’ve learned a lot and I’ve grown up and we’re all in the process of doing that, so go a little easy on us, America.”

Well, Demi does have a point when she states that they’re going through things that all teenagers go through, but amplified. Unfortunately, they’re doing it in the public eye, and the media is far less forgiving than their friends and family.

What do you guys think of Demi’s comments? Let us know in the comments.