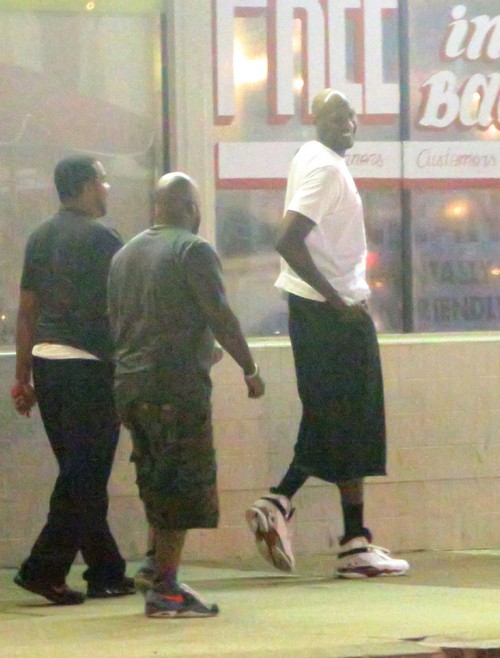 It was reported yesterday that Lamar Odom was meeting with the Los Angeles Clippers to discuss the possibility of returning to the team, and it seems that he’s made his first real steps towards rejoining n a permanent capacity. Initially, it was thought that Lamar might not be able to return so quickly, what with his drug issues and the roster being full. However, an open spot for next season opened up and Lamar was spotted meeting with the management.

BUT, and this is a big but, Lamar still hasn’t proven that he’s trustworthy when it comes to reliability. How does the coach or the Clippers management know that he’s not going to once again bail on them? How do they know that he won’t go on a drug bender right before an important match? Well, they won’t know until they do a drug test.According to a report from Radar Online, Lamar has agreed to undergo random drug tests to ensure his return to the team. A source explains, “Lamar is very close to signing a one year contract with the Los Angeles Clippers. He has been working out,and getting ready to re-join his team. Lamar agreed to undergo random drug testing administered by the team, and if he returns one dirty test, he will be suspended from the team immediately.”

The source also adds that Lamar may start traveling with a sober companion for the first few weeks of training, and I can guarantee that sober companion will not be Bruce Jenner.

And Lamar can keep in mind that if he maintains his career without any untoward incidents, he may even have a shot at getting his estranged wife, Khloe Kardashian, back. She still wears her wedding ring, so she’s clearly not given up on him. If he proves that he can stay sober throughout the year, then she’ll likely begin to trust him again.

What do you guys think of Lamar returning to the Clippers? Do you think he’ll stay sober? Let us know in the comments.