Rita Ora Collapses During Photoshoot, Due To Exhaustion 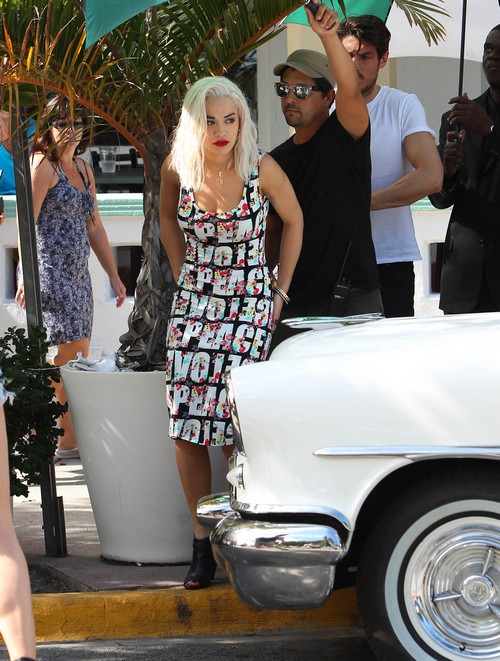 Rita Ora collapsed during a photoshoot earlier today, sparking rumors about the state of her health. She was reportedly shooting for Madonna‘s Material Girl campaign in Miami Beach, Florida early Monday when she suddenly collapsed while in the makeup trailer.

Photographs from the scene and eyewitness reveal that Rita needed to be taken out by stretcher into the ambulance, and she was completely passed out during this whole process.

While there is plenty of speculation surrounding the real reason Rita may have ended up in this situation, Dr. David Farcy from Mount Sinai Hospital simply attributes her fainting to exhaustion, saying, “Rita Ora was treated for heat exhaustion and dehydration at our hospital today. She was discharged and is fine.”

Hmm.. exhaustion? As far as I know, this is one of the first things Rita’s done all fall. She parties hard, but we rarely see her working. Her star would risen a lot faster if she was more dedicated to her career, but she seems more focused on enjoying the perks of her new life than building a base for herself. Unfortunately, the endless partying may have gotten to her, especially if she overdosed, as some rumors are suggesting. One does not simply faint in their makeup trailer, especially during a photoshoot. A photoshoot is not taxing work, especially for celebrities that are kept sheltered throughout the entire process and treated like princesses.

What do you guys think? Was Rita really ‘exhausted’ or was something else going on? Let us know your thoughts in the comments.