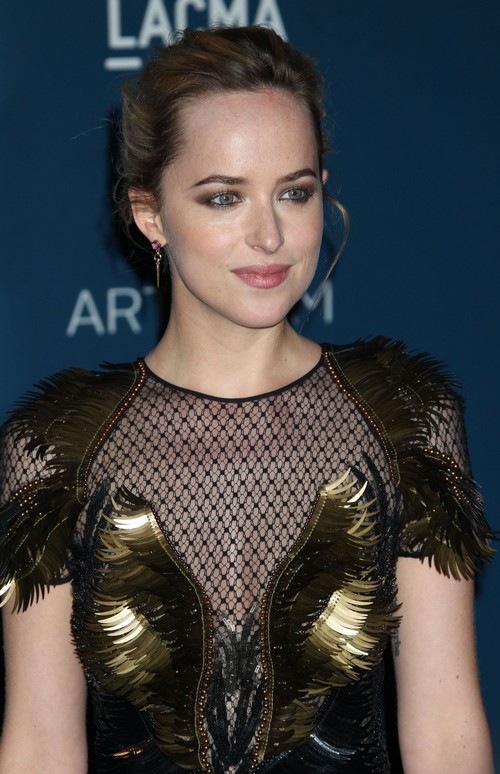 Dakota Johnson revealed during an interview with Entertainment Weekly that she couldn’t stop crying when she landed the Fifty Shades of Grey role. Poor thing. She has no idea what she’s in for.

Interestingly enough, her prose is nearly identical to the way the author of the Fifty Shades of Grey, E.L. James, writes. Although I’m still shocked that the books became so popular with such shitty prose, I guess landing this role is a coup for an unknown actress. In all honesty, I think the passion for the books is going to fade by the time the movie comes out, considering book sales have already dropped and it’s no longer at the center of everyone’s attention.

However, for someone who was best known as the daughter of Melanie Griffith before this, it is a big deal to land the lead in a major studio film – even if that film requires you to get naked and pretend to have BDSM-dominated sex with your screen partner.

I do feel worse for Jamie Dornan – the poor guy is going to be relentlessly stalked by fangirls, even if the movie doesn’t do well. He is now and forever more the face of Christian Grey, and that’s not a role any serious actor would want to be associated with for the rest of their lives.

What do you guys think of Dakota’s reaction to landing the role? A tad exaggerated and excessive, or understandable? Let us know in the comments.