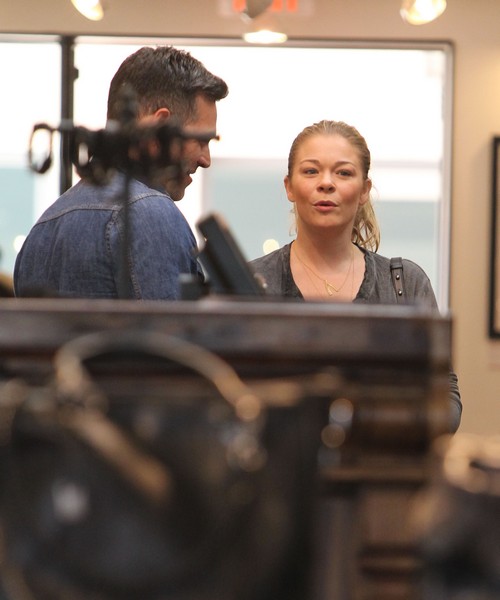 Has the golden couple [in their mind] of reality television broken up? No, I’m not talking about Kanye West and Kim Kardashian, but LeAnn Rimes and Eddie Cibrian. According to reports, after LeAnn and Eddie returned from their trip to Taiwan, Eddie found another place to stay in LA. Apparently, Eddie’s been trying to put up with LeAnn’s craziness for too long now, and he’s finally gotten sick of it. Even though he tried his best for the sake of their reality show, it looks like he reached the end of his patience trying.

Alas, LeAnn doesn’t seem to be taking to the news too well. In Taiwan, LeAnn performed to 4,000 audience members in an arena that seats 15,000. And if that’s not enough, I wouldn’t be exaggerating when I said LeAnn’s performances was one of the worst live performances I have EVER seen in my entire life. The video that one fan uploaded on Youtube showcases the whole mess, from LeAnn’s drunk stumbling to her slurring the words to Michael Jackson‘s Billy Jean. Basically, she was the very definition of a drunk mess. She was tone deaf, she didn’t know the words, she looked confused, and she was clearly intoxicated throughout the whole set. I feel sorry for those 4,000 people who paid money to see LeAnn perform. Actually, on second thought, if you paid money to see LeAnn perform live, you deserved what was coming to you.

Sources say that LeAnn has been drinking to cope with her relationship issues, especially now that it looks like Eddie’s finally leaving her. It’s certainly apparent in this video, and sources add that her recent behavior certainly supports that theory. We’ll have to see if LeAnn manages to convince Eddie to return, or at least continue the charade of a perfect marriage. Otherwise, we may see even more of a downward spiral from LeAnn Rimes, and prepare for it to be a lot worse than a drunken, botched musical performance.