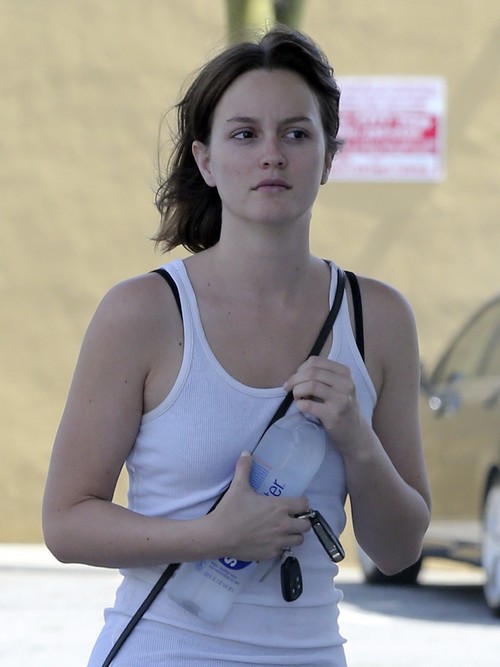 According to several new reports, Leighton Meester and Adam Brody are engaged. The duo began dating earlier this year, but didn’t go public until a couple of months ago. I guess they realized that there was no point fueling the speculation, not when they could quietly confirm it and make it go away. And quietly confirm it, they did. US Weekly reported that the two were crazy about each other, and they’ve both been very low-key since the confirmation. They’ve been spotted by several fans, holding hands and being touchy-feely at restaurants and other places in NYC – but other than, there’s been no public declarations of love and no PDA on red carpets.

A source gives Star Magazine all the details of the proposal, explaining, “Leighton and Adam are crazy about each other and have talked about getting married eventually. But she had no idea when he would propose so soon! It was the surprise of her life and she’s ecstatic!”

Leighton and Adam met on the set of their independent film The Oranges, and it seems the two clicked right away. It’s not hard to see why, considering they’re both very talented, beautiful, and have a great sense of humor – and also, they’re both the best things about their respective teen television shows, The O.C. and Gossip Girl. It’s like the teen universe gods conspired to make this happen.

There’s no confirmation from either Leighton’s or Adam’s rep, but the source says that they’re planning on having the wedding sometime next summer.