Miranda Kerr And Leonardo DiCaprio Partying And Hooking Up? 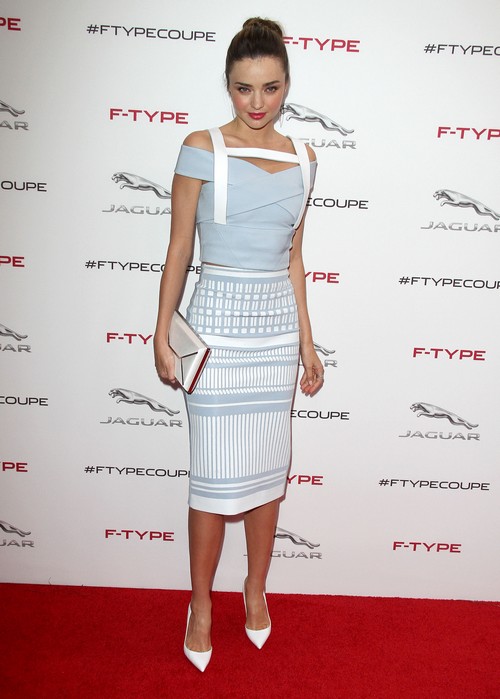 It’s only been a few weeks since Miranda Kerr‘s divorce to Orlando Bloom was announced, but it looks like she’s already moving on. Page Six has an exclusive report this morning about how Miranda was spotted partying with none other than Leonardo DiCaprio at the Palazzo Las Vegas on Sunday night.

Miranda and Leo were rumored to be getting a tad bit too close when she was still married to Orlando last year, and that sparked the initial round of breakup rumors. However, she was later spotted on happily married photo-ops with Orlando, and the tabloids dropped the rumor. But then, it seems like there really was something to all that speculation, especially if Leo and Miranda are getting so cozy so soon after her breakup.

Although Miranda fits Leo’s girlfriend profile perfectly, he already has a girlfriend, Victoria’s Secret model Toni Garrn. Alas, there really is no proof or even indication that Leo would cheat on Toni – he and Miranda have been friends for a long time, and it might have just been a catch-up between friends. After all, the dinner at the Palazzo also included Swizz Beatz and Jason Strauss, and Miranda and Leo were reportedly sitting on opposite sides of the table – not exactly conducive to making out or getting cozy.

Leo’s been called all manner of things in the past, but he’s never been a cheater. He may be a womanizer and a modelizer, but there have never been rumors about him cheating on any of his serious girlfriends. So even if Miranda was interested, and I have no doubt that Leo is ‘interested’ as well, he probably wouldn’t make a move – at least, not just yet.