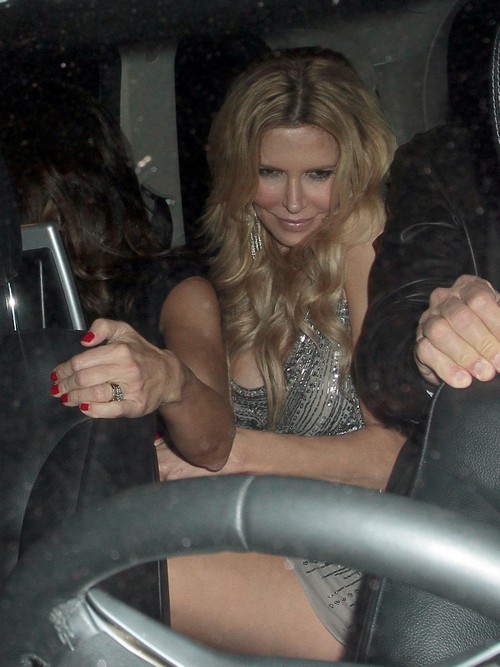 Brandi Glanville is blaming her loneliness for her alcohol intake and non-stop partying. She wrote a long piece of self-reflection on her friend’s blog [at SoberBook.com], explaining the reasons for her sometimes out-of-control behavior and crazy antics.

She explains that even though it’s been years since Eddie Cibrian cheated on her and left her, she still deals with the aftermath of the breakup. She says, “I still battle with depression and trust issues. I survived my heartbreak, but I will be dealing with the damage it caused for the rest of my life.”

She adds, “The feeling of falling back into the darkness hits me. Here comes the other 50 percent of my personality: fun, single, party girl Brandi. I don’t always love her. Sometimes, I don’t even like her. It’s my way of not sitting at home, alone, falling back into my dark place.”

Has Brandi forgotten that she has children at home? When does she have time to be lonely when she has kids to take care of? Sure, she doesn’t have full custody and they do spend time with their father, but that doesn’t mean there’s nothing else to keep her busy. This honestly just seems like a tactic to gain sympathy from viewers. Who knows, though? Maybe she genuinely means it when she says that she feels lonely a lot, and it wouldn’t be surprising if she was telling the truth. Being publicly cheated on is tough for anyone, especially celebrities in the spotlight. And while I’m sure some of her antics are used as a ploy for ratings, there’s probably also a part of her that genuinely just wants affection.