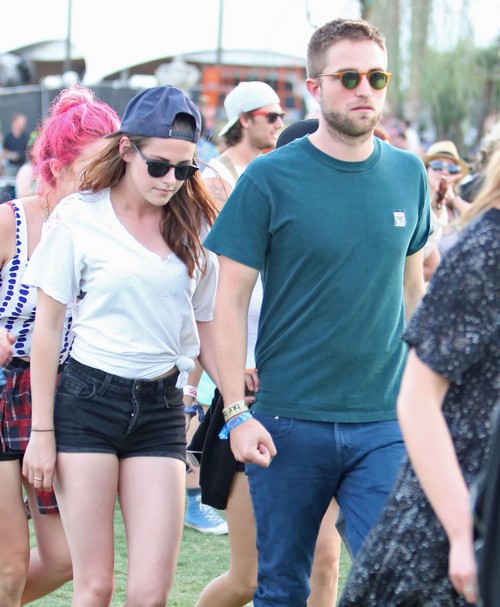 Robert Pattinson and Kristen Stewart are back together, but they don’t want anyone to know that they’re back together. Who can blame them? They’re the #1 targets for the media looking to capitalize on their relationship and take advantage of their massive fan base. The paparazzi follow them everywhere, and they can’t even have a secret rendezvous without getting photographed.

However, several new reports have stated that Rob and Kristen are planning on going public with their reconciliation soon enough.

Rob’s and Kristen’s complicated relationship history has been well documented. They famously broke up the first time around during the summer of 2012, when Kristen’s cheating scandal with Rupert Sanders went public. Then, they got back together during promotional rounds for Breaking Dawn: Part 2, and then broke up again earlier this year. Everyone thought that this breakup would be permanent, but alas, that clearly hasn’t happened.

It was rumored that Rob and Kristen started seeing each other again a couple of months ago, even though Rob was still ‘officially’ linked to Dylan Penn. It wasn’t clear what was going on in his love life at one point, since we seemed to be getting vastly contradicting reports. However, we were eventually able to discern that no, he really was back with Kristen.

And now, where does that leave him? Hiding from the public, holed up in his house, and refusing to go outside and do normal things for fear of people finding out. But even then, sources tell Hollywood Life that Rob and Kristen are planning on going public with their relationship after Christmas, especially since they don’t want to ‘sneak around anymore‘. Uh, sure. Because they were so open when they were dating for the past few years? I don’t know. At this point, nothing they do would surprise me.