Andrew Garfield And Emma Stone Thinking Of Getting Married 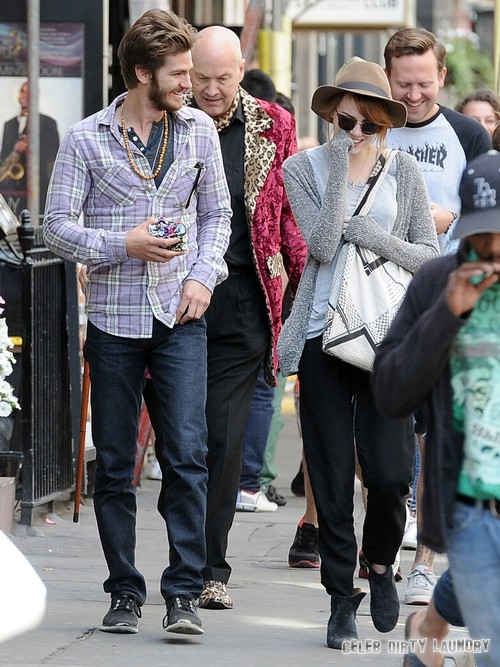 Andrew Garfield and Emma Stone tend to keep their private life VERY private, so it’s rare that we ever get updates on them. However, a new report from US Weekly claims that Andrew and Emma are seriously considering marriage, and they’re ‘crazy about each other’.

The source tells US, “They want to marry and have a family. They’re discussing it. Their schedules have been crazy, but they’re madly in love.”

Well, they’ve been together for a couple of years, and Andrew has now crossed 30. It makes sense that he’s starting to think of marriage as a possibility, especially since he and Emma are so serious and have been dating for a few years now. Of course, there is still the fact that their careers are absolutely insane, what with Andrew’s independent films and theater work, and Emma’s back-to-back film projects. There’s also the upcoming promotional tour for The Amazing Spider-Man 2, which will last the better part of next year, and then filming for the third part.

Basically, by the time Emma and Andrew are both done with Spider-Man, it’ll be another 5 years – at least. So even if they’re interested in getting married, I wouldn’t be waiting for the announcement anytime soon.

What do you guys think about Andrew Garfield and Emma Stone possibly getting engaged and married? Do you think they’re going too fast, or do you think they would make a great married couple? Obviously, they’re adorable on-screen, but that sort of chemistry doesn’t always last in person. Let us know what you think in the comments.