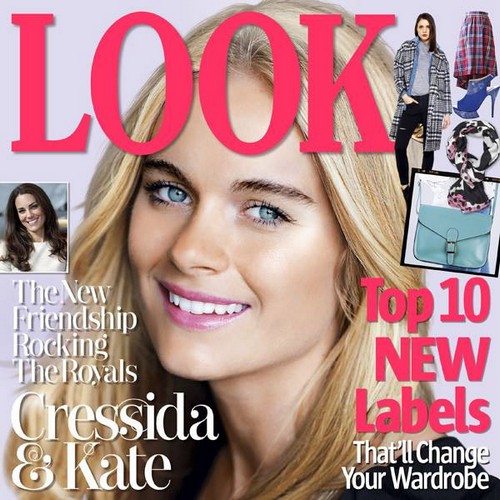 Is Kate Middleton reluctantly becoming friends with Cressida Bonas? She doesn’t have much of a choice, considering that Cressida is reportedly months away from becoming Prince Harry’s official fiance. They’re bonded together by marriage, whether they like it or not – and so Kate is reportedly making an effort to befriend Cressida before the engagement takes place.

A source tells Star Magazine, “Kate never took any of Harry’s girlfriends seriously, because he’s been a wild child. But she had a change of heart after Harry invited Cressida to Sandringham to spend her first Christmas with the royal family, and he may propose to her soon.” Apparently, Kate has done everything in her power to make Cressida comfortable, with the source adding, “Kate promised to mentor her on everything from hair,clothes and makeup to how to converse with the Queen. Cressida was always scared of Kate, but now she feels a million times better.”

Riiight. Ok, see, the problem with this story is that they don’t take into account Kate’s history with Cressida. Well, not with Cressida per say, but with Cressida’s half-sister, Isabella Calthorpe. Isabella was the reason that Kate and Prince William broke up a few years ago, and it was rumored that Will was head over heels in love with Isabella but she did not reciprocate his advances. That turned out to be a good thing for Kate, who ended up becoming the Duchess of Cambridge, father to little Georgie, etc.

But with such a deep grudge against Isabella, would Kate be so willing to welcome her half-sister into the fold? She may not have a choice in this particular case. She can’t be publicly seen ignoring her sister-in-law, but it’ll probably take her some more time to warm up to Cressida.