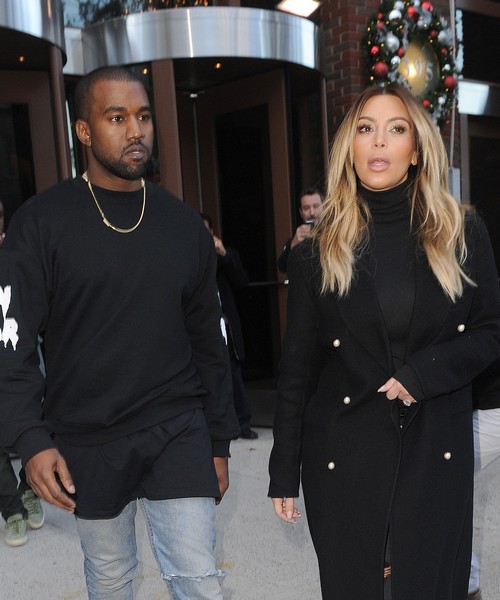 Not a day goes by without a new interview from our resident genius, Kanye West. His latest endeavor seems to be convincing the public that his fiance, Kim Kardashian, should be relevant to us. Sorry, Kanye, it’s already hard enough for us to consider you relevant.

In fact, even though Kanye’s legitimately talented, his off-screen antics have caused a dramatic dip in his popularity. It’s not so much his non-stop rants that have caused that to happen, but his relationship with Kim and the D-list Kardashian crowd. Let’s be real here – who really likes the Kardashians? Not who likes laughing at them, but who actually *likes* them. Like the way you like Sandra Bullock or even Jennifer Aniston. Kim doesn’t have fans, and Kanye’s association with reality trash only brings him down.

And it doesn’t help matters that he’s so set on convincing people that Kim is some sort of jewel that should be cherished. In a recent interview with a D.C. radio station, Kanye explains that Kim’s and the Kardashians’ contributions to American society shouldn’t be shortchanged, adding, “A lot of what the Kardshians do,I don’t think they get enough credit for what they do. They prep America to accept interracial relationships. [For people in interracial relationships]there’s a white woman that’s getting talked down to by her friends because she’s dating a black guy. Now you’ve got a point of reference, that you can say, ‘Well, actually this couple right here, that’s dope.’”

Humble as always. But seriously delusional if he thinks his relationship with Kim is being held up as some sort of gold standard for interracial couples. There’s already plenty of interracial couples in Hollywood that are actual celebrities, not associated with reality ‘stars’.

What do you guys think about Kanye’s comments? Let us know in the comments.