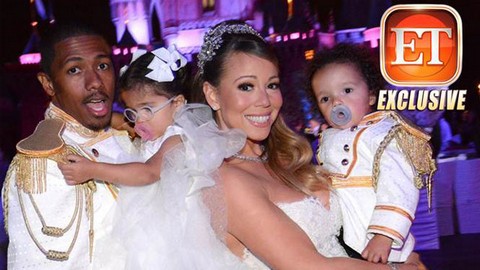 Nick Cannon and Kanye West have always been cordial and even friends, but does friendship entail ranting about the other on Twitter? Nick Cannon has gotten sick of Kanye’s self-proclamations of his own genius [rightly so] and has taken to writing a long explanation of why Kanye’s ego has gotten a bit too big for his britches. Well, I guess he doesn’t phrase it like that exactly.

Nick wrote, “I love @KanyeWest like a brother & been one of his biggest fans & friends since day 1, but Genius is eternal patience. @KanyeWest Real geniuses don’t have to tell everyone that they are a genius. Maybe I should’ve just called him and told him that in private. Oops, my bad! Twitter-stream-of-consciousness LOL. I just got online and saw all these @KanyeWest interviews and I was inspired to rant. Oh well, going back to Thanksgiving. We cookin’ son!”

Yeah ……he probably should have called Kanye and told him. Twitter is seriously becoming an occupational hazard for celebrities, and this is proof why. Either drunkenly or idiotically, Nick decided to diss Kanye on Twitter, for his millions of fans to see. Not only that, but he actually tweeted Kanye in the comment. So not only has he ensured that Kanye will see it, but he’s also ensured that he’ll end up on Kanye’s shit list. And you do NOT want to be on Kanye’s shit list. He’ll rap about you, talk about you endlessly in interviews, and rant about you some more. And Nick Cannon = Taylor Swift now, as far as Kanye is concerned.