Kim Kardashian Upset About Criticism Over Her Parenting Skills 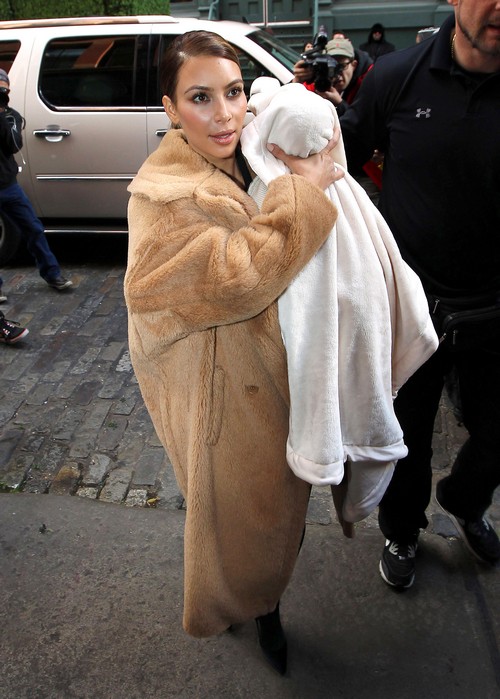 Kim Kardashian has only herself to thank for her place in Hollywood, but she apparently cannot take the criticism that comes with being a famous celebrity. Kim has recently been criticized for her constant abandoning of North West while she flies off to spend time with Kanye West at fashion parties and concerts – but she’s now hitting back at the criticism.

She recently wrote on Twitter, “We took our baby girl swimming today for the 1st time, she loved it so much! #BestDayEver.” A Twitter commentator, taking advantage of Kim’s tweet, wrote in response that North’s happiness could be attributed to her seeing her parents ‘for a change.’ Kim didn’t take the comment so well, writing back, “[You] sound so ignorant. Bc I don’t tweet or instagram my every move w my daughter means I am not with her 247? We share what we want. Or is it bc I go support my fiance at every show & I post pix? When the baby goes down 4 bed or a nap, parents are allowed 2 work & support each other.”

What exactly does Kim mean by ‘work’? She doesn’t work, and half the time she’s jetting around the world following Kanye around during his tours. A five month old baby is not going to be able to travel that much, and it’s pretty easy to realize that Kim and Kanye don’t spend as much time with their new baby as they should. Heck, even Prince William and Kate Middleton spend more time with their children, and they’re the freaking royal family.

Obviously, Kim would never admit any of this, and she continues to defend her parenting skills. But I’m sorry, if you’d rather spend time flying around and getting photographed at fashion shows than spend time with your baby daughter, you deserve to be called a bad mother.