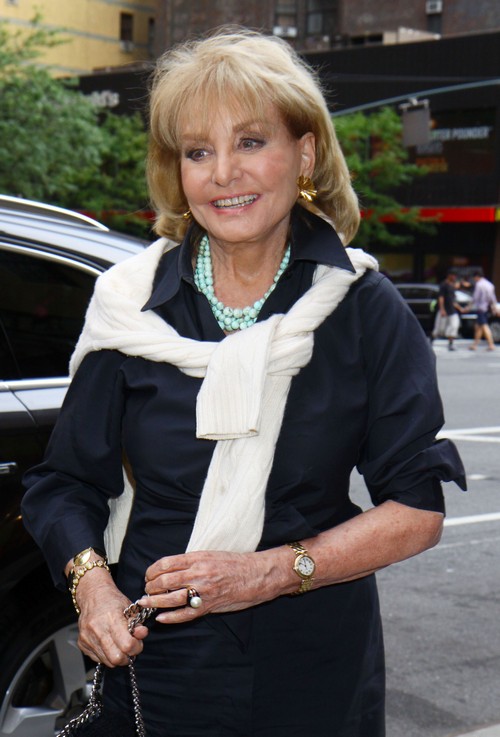 In her final year before retirement, Barbara Walters‘ Most Fascinating People of 2013 has been released. The list includes several headline-makers such as Miley Cyrus, Jennifer Lawrence, Kim Kardashian and Kanye West, and Prince George.

The 90-minute program featuring interviews with all 10 of the ‘Most Fascinating’ will air on December 18th at 9:30 PM E.T. In addition to Oscar-winner [and the Internet’s favorite person] Jennifer Lawrence, the twerking Miley Cyrus, Kimye, and the royal baby Prince George, the list also includes NSA whistleblower Edward Snowden, GMA [Good Morning America] anchor Robin Roberts, and the reality stars from Duck Dynasty.Is this what our world has come to now? That several of the ‘most fascinating’ people of 2013 are reality stars who did absolutely nothing to earn their fame and celebrity? I mean, Duck Dynasty and Kimye?! Kanye, at least, has a legitimate career to speak of, and even if people don’t like him, they still agree that he deserves his success. But what on Earth has Kim done to deserve this title? She has no career to speak of, and all she does is get photographed, spend money, and call the paparazzi on herself. And that’s at least better than Duck Dynasty, who make ungodly amounts of money for their idiotic television show.

I lament the state of our world today, truly. Edward Snowden, Prince George, Jennifer Lawrence, and Robin Roberts – sure. But get rid of the reality stars, and stop giving them so much attention! Otherwise, they will never, ever, ever go away.