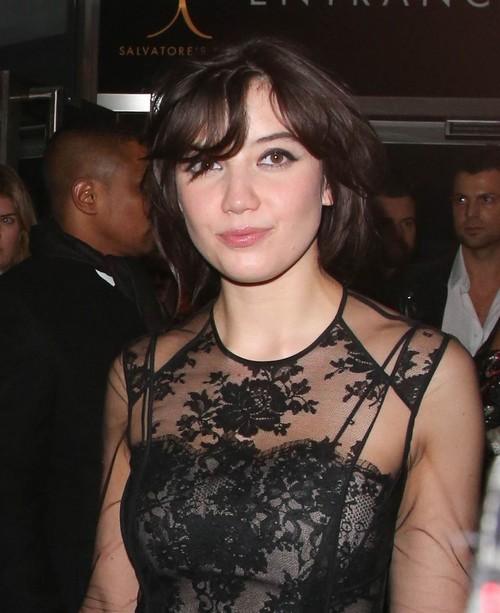 It was clear something was fishy when Harry Styles claimed he was single at his November 26th GMA appearance in New York City. This admission came after rumors that Harry was dating Kendall Jenner, which pretty much caused riots on Tumblr and between One Direction fans. However, Harry clearly didn’t want to be linked to Kendall, since he immediately dispelled the rumors. I mean, the poor boy is just having some fun! Sure, everyone wishes he would have fun with someone other than a Kardashian, and they might have gotten their wish.

According to the latest report from the Sun, Harry is now being linked to Daisy Lowe. I would take all of these reports with a grain of salt, especially since all Harry has to do is to stand next to a woman before he is suddenly ‘dating’ her.This time, the Sun’s sources claim that Harry and Daisy have been ‘all over each other‘ at several parties, and that they met through mutual friends Nick Grimshaw and Kelly Osbourne.

The Sun’s source adds, “When Harry met Daisy there was a real spark. When they see each other they make sure it’s in private at night or with a group of friends. [They could be] secretly dating.”

So if Harry has moved on to Daisy, what happened to Kendall? Well, some reports claim that it was scheduling that was getting in the way, but I’m guessing Harry realized the backlash that would accompany dating a Kardashian sister and decided to back off.

What do you guys think of Harry dating Daisy? Is it an upgrade or downgrade from Kendall? Let us know your thoughts in the comments.