Jessica Hart Fired Or Not Fired From Victoria’s Secret Over Taylor Swift Diss? 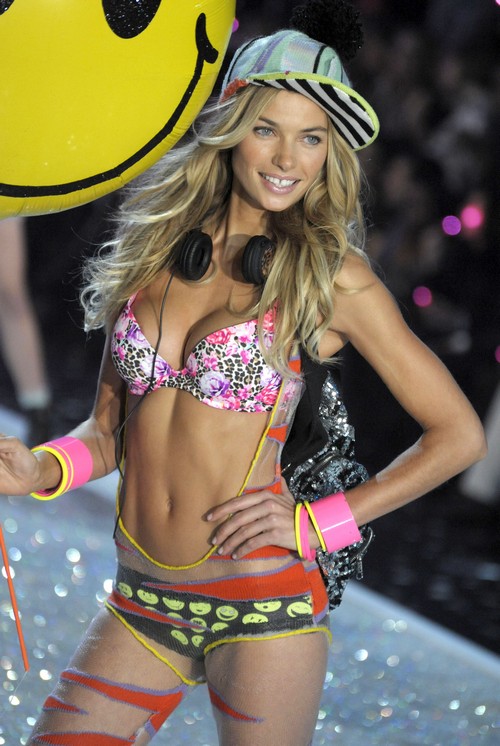 Let this be a lesson to all the models out there: don’t diss Taylor Swift and expect to never face the consequences. Victoria’s Secret model Jessica Hart learned this the hard way, when she almost got fired for her comments.

It all started a couple weeks ago, after the annual Victoria’s Secret fashion show. Since Taylor performed during the show, Jessica was later asked at a backstage party whether Taylor had what it takes to become a VS model. Jessica stated, “I think, you know what, god bless her heart. I think she’s great. But, I don’t know, to me, she didn’t fit. I don’t know if I should say that.”Of course, she later backtracked and took back her comments, likely at the behest of VS executives. She gave a statement to US Weekly saying that her words were taken out of context, and that she thinks Taylor is a ‘rockstar’. Uh-huh.

Either way, the New York Post reported earlier today that VS executives were furious with Jessica. The report claimed that Jessica was being fired from the brand, and that in addition to not being allowed during future catwalk shows, she wouldn’t be used in any catalogs or print advertisements.

However, the Victoria’s Secret president released a statement denying the report, saying instead, “There is no truth to the rumors that Jessica Hart has been fired or that she will no longer work with the brand. As you will see, she was a great part of our show and we look forward to continuing to work with her.”

If it was anybody but the New York Post who wrote the initial report, I would believe this statement. However, since it was the NY Post and they always have legitimate information, there’s definitely something fishy going on here. Either Jessica was on the verge of being fired, or she actually was fired and then re-hired. Who knows what’s going on behind the scenes, but it’s definitely not as clear-cut as the VS reps are trying to claim.