Zooey Deschanel Acting Like Diva On The Set Of ‘New Girl’ 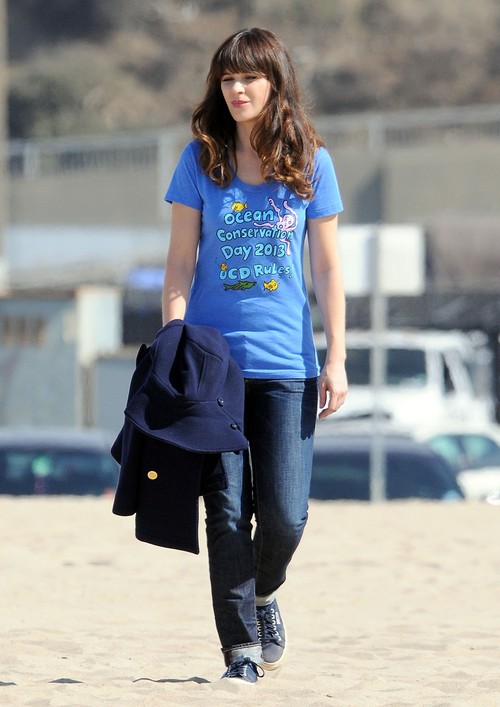 Is Zooey Deschanel acting like a diva on the set of her television show, New Girl? Zooey both produces and stars on the show, but production sources are claiming that Zooey’s starting to let success get to her head and change her behavior. I mean, diva behavior is nothing new in Hollywood, but is this really diva behavior?

The sources tell Radar Online, “Although the show has other bosses, including creator Liz Meriwether and producer Katherine Pope, Zooey rules the roost. And she gets moody and starts making rules on the set which is upsetting a lot of the cast and crew members.”The sources also add that she’s becoming a stickler about schedules and timings, explaining, “The show’s schedule really drives Zooey up a wall, because they’re always running behind when the full cast is on set. So now, Zooey insists on days ending with scenes that just feature her and one other actor. When that can’t happen due to the production schedule, however, she’s unhappy and all hell breaks loose.”

Eh. Honestly, this is not diva behavior, this is regular producer behavior. Zooey is not just the lead actress now, she’s also a producer – and this is kind of what producers do. They make sure everything stays on schedule, and they set rules that everyone on set has to follow. And some ‘insiders’ might be getting upset because Zooey’s starting to gain a firmer hand of the proceedings, and they may feel like they’re being slighted. Whoever this insider is, they might want to go work on other sets in the industry, because they’re not all that dissimilar.

What do you guys think? Based on this report, was Zooey just doing her job, or was she going overboard? Let us know what you think in the comments.