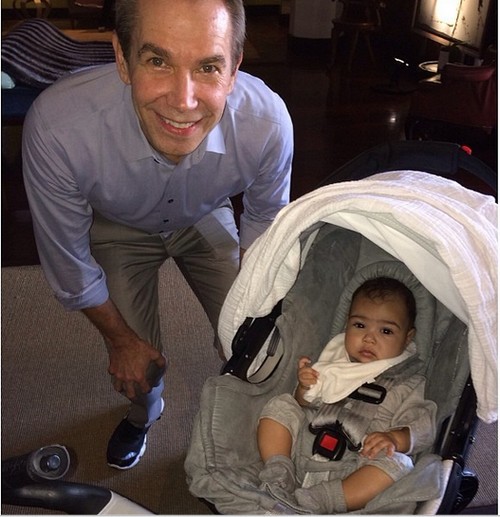 Are Kim Kardashian and Kanye West fighting over having yet another baby? It’s only been a few months since Kim gave birth to North West, but reports claim that Kanye is already eager to have another child, and this time a son. However, Kim is apparently not as keen on the idea, especially considering the criticism that her body came under while she was pregnant.

A report from the National Enquirer claims, “Kim told Kanye it’ll be a long time before she becomes a mom — if ever! Kim absolutely hated how her body stretched like a rubber band during pregnancy as she packed on 50-plus pounds onto her 5-foot-3 frame. Kim will never forget the emotional toll of ridicule over her weight gain. So even though Kanye usually calls the shots, the baby ball’s in Kim’s court.”Kanye may want another child, but maybe he should focus more on raising the child he already has. From looking at it, he hardly seems to spend any time in Los Angeles with North, instead jetting across the world on his endless music tours and business endeavors.

Also, can you blame Kim for not wanting to have another child? The woman had to face an insane amount of ridicule during her pregnancy. Granted, most of it was her fault and it can all be solved by her simply refusing to go out – but it’s Kim and she can’t resist her famewhoring impulses any more than Kanye can resist his ranting impulses.

What do you guys think of this report? Will Kim and Kanye have Baby #2 any time soon? Let us know what you think in the comments.