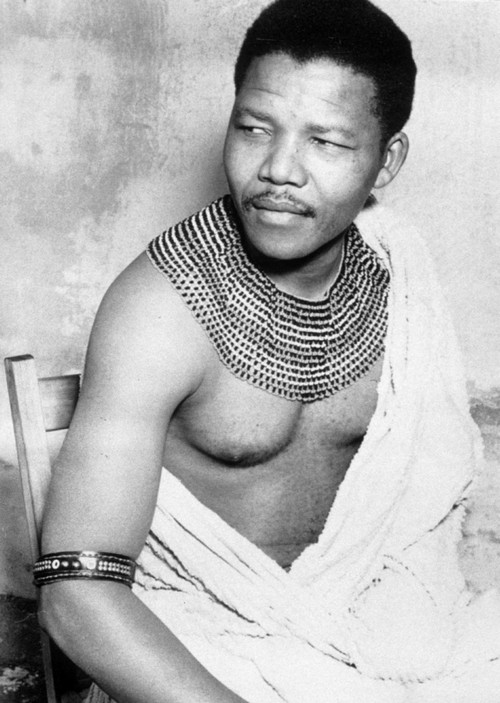 Nelson Mandela has died at the age of 95, sending the nation of South Africa and the rest of the world into a period of grieving. Mandela is one of the most iconic figures of our time and although his legacy will live on forever, it truly is a tragic day.

Coincidentally, the premiere of ‘Mandela: Long Walk To Freedom‘, the biopic on Mandela’s life, was held last night in London. Everyone at the screening, including two of Mandela’s daughters, reportedly got the news right before the screening was scheduled to begin. Mandela’s daughters requested the producers and filmmakers to continue the screening, which also had Prince William and Kate Middleton in attendance.After the film, Idris Elba spoke to reporters on hearing about Mandela’s death, explaining, “I am stunned at this very moment, in mourning with the rest of the world and Madiba’s family. We have lost one of the greatest human beings to have walked this earth, I only feel honored to be associated with him. He is in a better place now. What an honor it was to step into the shoes of Nelson Mandela, and portray a man who defied odds, broke down barriers, and championed human rights before the eyes of the world. My thoughts and prayers are with his family.”

Many celebrities have reacted the same way, although I’m sure Idris feels a personal connection after having played this role for so many months. Mandela’s family and friends are currently in mourning, with government officials, international figures, and celebrities all expressing their condolences over social media.