Britney Spears Being Shielded From Negative Reviews For New Album 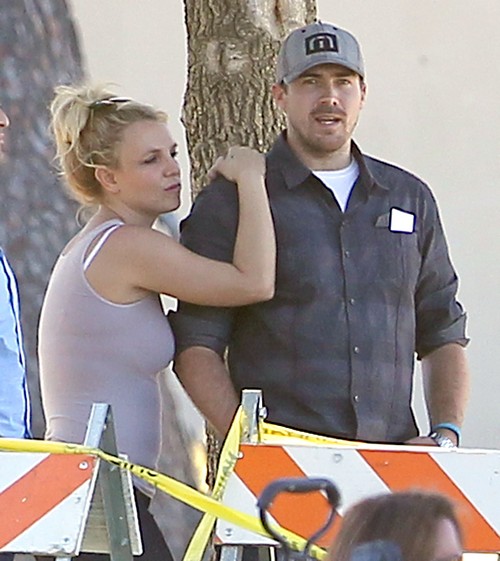 Although Britney Spears‘ new album ‘Britney Jean‘ is headed for a massive debut, it’s getting eviscerated by critics everywhere. The reviews are almost universally negative, and they all criticize the generic sound of the music as well as the uninspired vocals.

However, a report from Radar Online claims that Britney is being shielded from the negative reviews in order to protect her fragile ego and mental state. A source tells Radar, “Britney’s manager, Larry Rudolph, and father, Jamie, won’t allow her to see any of the bad reviews. Britney doesn’t even have access to the internet and lives in a bubble!… No-one (sic) wants to upset Britney. If she were to read anything negative, it could send her into a bad tailspin and both Larry and Jamie know that can’t happen with her upcoming shows in Vegas about to launch.”Well, of course they have to keep Britney in the dark. I imagine she’s been kept in the dark for much of the past few years, considering her delicate health. She’s often robotic in interviews, and it’s obvious that her every move in public is planned and controlled. She was rumored to have been booted from X Factor for being too uninspired, and there were reports even then that her family and team were keeping public criticism from getting to her.

I do think that coddling her too much might not be the best thing, but shielding her from negative reviews might be better for her immediate future – especially regarding her self-esteem.

What do you guys think? Would negative reviews affect Britney’s future performances? Let us know your thoughts in the comments.