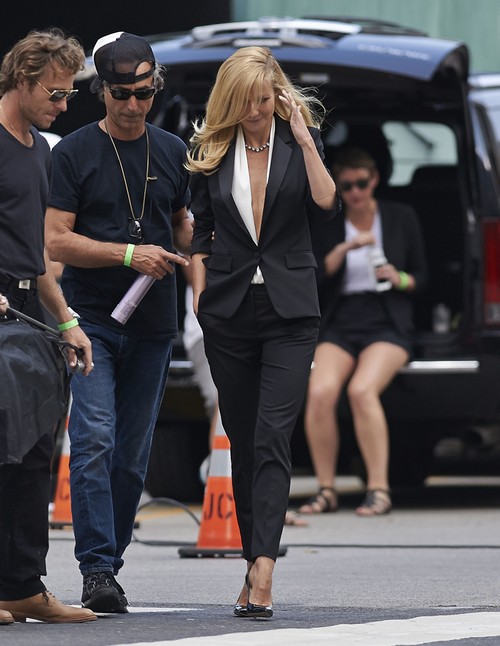 Gwyneth Paltrow‘s war with Vanity Fair has been well documented, with Vanity Fair refusing to back down from their tell-all expose on Gwyneth and Gwyneth refusing to participate in the article. However, it’s been a few months since the initial report was first announced, and since then, we’ve received nothing.

Now, a new report from Radar Online is claiming that Vanity Fair is slowly starting to back down, reducing their scathing tell-all into a much softer piece on Gwyneth. A source explains, “Whatever they wind up publishing, it’s going to be soft. Gwyneth’s campaign against the Vanity Fair article has apparently worked and she’s not as worried as she was three weeks ago. But the article is still coming out and she still refuses to participate in it.”Well, there’s simply no way they can back down from publishing SOME article now, not after the claims they’ve made so far. The editor of Vanity Fair even went so far as to say that they’re not scared of celebrities, and it’s their job to reveal the truth about Hollywood. I can imagine that scared off a lot of major celebrities, not just Gwyneth. Of course, if they had the guts to go after Tom Cruise and Scientology [and keep in mind, they were one of the first ones to go after him], then you’d think they had the guts to go after Gwyneth.

Of course, Gwyneth Paltrow does not equal Tom Cruise. I don’t think there’s too much that’s all that scandalous about Gwyneth’s life, apart from a rumored cheating scandal.

Do you guys think Vanity Fair should have backed down? Or should they continue on their original path and publish their initially-planned tell-all article? Let us know what you think in the comments.