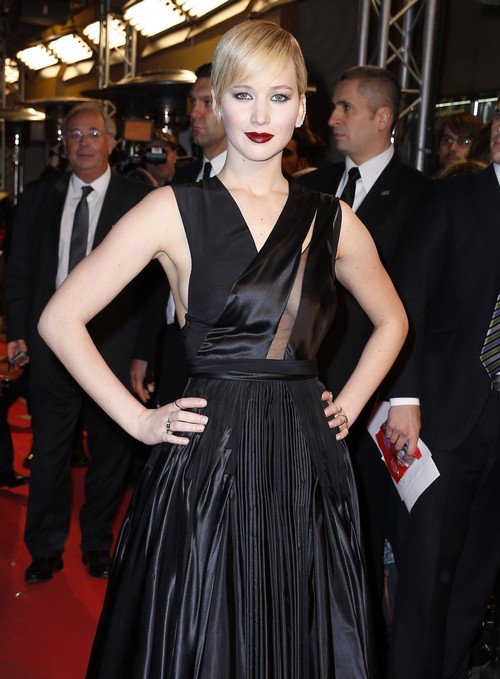 You know, I feel like most everyone who works at the major tabloids starts jumping up and down with joy when certain film casts are announced  – after all, it means endless amounts of stories for them. Take, for example, Nicholas Hoult and Kristen Stewart getting cast together in a new movie. Star Magazine has been having a field day with this casting news, and they’ve only just started ramping up on their Jennifer Lawrence – Nicholas Hoult – Kristen Stewart love triangle.

After all, Hollywood loves turning actresses into rivals, and they’ve already tried multiple times to do it with Jennifer and Kristen. Considering that both of them are around the same age, they’re both leads of major franchises, and generally up for the same parts, it’s not a difficult comparison to make. However, one is a lip-biting and eye-rolling angsty actress without much range and the other is an Oscar-winning actress who is the first choice for studio films and indies.Either way, Star’s latest report claims that Jennifer is getting nervous about her longtime boyfriend, Nicholas Hoult, working with Kristen. Apparently, Jennifer doesn’t ‘trust Kristen’ after the whole cheating scandal last summer, and she thinks Kristen has a thing for British guys.

Hmmm.. well, we know Jennifer and Kristen are friends, and they’ve said as much in the past. But that being said, I’m sure Kristen is jealous of Jennifer’s success and popularity – I mean, who wouldn’t be, right? But would she go out of her way to try to hook up with Nicholas? Eh, I don’t think Jennifer has anything to worry about. Even if Kristen tried to hook up with him, what guy in his right mind would cheat on Jennifer Lawrence with Kristen Stewart? Especially one who’s as seemingly nice as Nicholas Hoult.